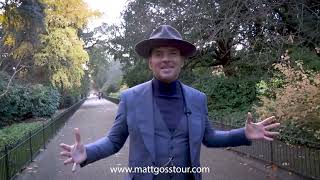 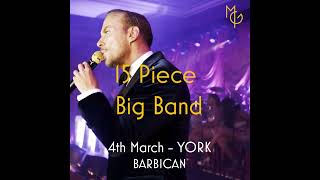 
Matthew Weston Goss is an English singer-songwriter and musician. He was the lead singer of 1980s pop group Bros, which also featured his twin brother Luke as the drummer. Goss as a solo artist has released five studio albums.


Goss wrote the theme song for So You Think You Can Dance, produced by Nigel Lythgoe.


Matthew Goss was born on 29 September 1968 at Lewisham Hospital, in the London borough of Lewisham. He is the twin and younger brother of Luke Goss.


He began his solo career in 1995, and by early 2021 had released 23 singles, four of which have been Top 40 hits. Goss worked with Paul Oakenfold on the single "Firefly", which was remixed and reached #1 on the World Trance chart.


In June 2009, it was announced that he would be playing live shows at the Palms Casino Resort in Las Vegas. Within nine months, the show was successful and transferred to Caesars Palace in January 2010. Some have called Goss "The New King of Las Vegas".


This article uses material from the Wikipedia article "Matt Goss", which is released under the Creative Commons Attribution-Share-Alike License 3.0.