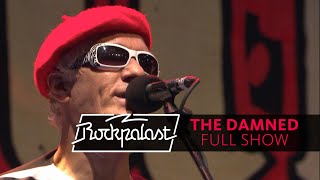 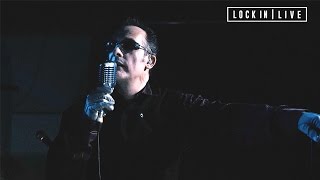 The Damned - Love Song (live and exclusive to Lock In Live) 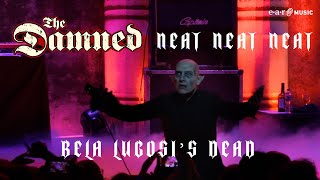 
The Damned are an English punk rock band formed in London in 1976 by lead vocalist Dave Vanian, guitarist Brian James, bassist Captain Sensible, and drummer Rat Scabies. They were the first punk band from the United Kingdom to release a single, "New Rose" , release a studio album, Damned Damned Damned , and tour the United States. They have nine singles that charted on the UK Singles Chart Top 40.


The band briefly broke up after Music for Pleasure , the follow-up to their debut studio album, was critically dismissed. They quickly reformed without Brian James, and released Machine Gun Etiquette . In the 1980s they released four studio albums, The Black Album , Strawberries , Phantasmagoria , and Anything , which saw the band moving towards a gothic rock style. The latter two albums did not feature Captain Sensible, who had left the band in 1984. In 1988, James and Sensible rejoined to play a series of reunion gigs, one of which was released the next year as the live album Final Damnation . Their fast-driven punk rock has been cited for influencing and shaping the emergence of hardcore punk in the late 1970s and early 1980s in the United Kingdom and the United States.


The Damned again reformed for a tour in 1991. In 1995, they released a new studio album, Not of This Earth, which was Scabies's last with the band. This was followed by Grave Disorder , So, Who's Paranoid? , and Evil Spirits their first studio album in the United Kingdom's Official Charts' top 10 list, landing at No. 7. Despite going through numerous line-up changes, the formation of Vanian, Sensible, keyboardist Monty Oxymoron, drummer Pinch and bassist Stu West had been together from 2004 until 2017, when West left the band and former bassist Paul Gray rejoined. In 2019 drummer Pinch left the band and in February 2022 was replaced by new drummer Will Taylor.


As one of the first gothic rock bands, the Damned, featuring lead singer Vanian's baritone singing, dark lyrics and vampire-themed costume, were a major influence on the goth subculture.


Dave Vanian , Captain Sensible and Rat Scabies had been members of the band Masters of the Backside, which also included future Pretenders frontwoman Chrissie Hynde.Brian James had been a member of London SS, who never played live, but in addition to James included musicians who later found fame in the Clash and Generation X. Scabies knew James through a failed audition as drummer for London SS. When the two decided to start their own band, with James on guitar and Scabies on drums, they invited Sid Vicious of the Sex Pistols and Dave Vanian to audition to be the singer. Only Vanian showed up, and got the part. Sensible became the band's bassist, and the four called themselves the Damned. Chrissie Hynde would later write that "Without me, they were probably the most musically accomplished punk outfit in town".


The Damned played their first show on 6 July 1976, supporting the Sex Pistols at the 100 Club. A lo-fi recording of the show was later released as Live at the 100 Club . As part of London's burgeoning punk scene, the Damned again played the club on 20 September, for the 100 Club Punk Festival.


This article uses material from the Wikipedia article "The Damned", which is released under the Creative Commons Attribution-Share-Alike License 3.0.