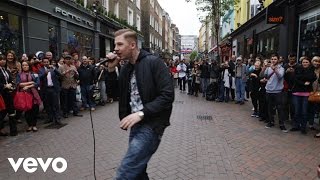 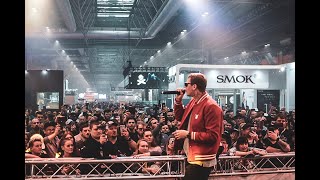 
Growing up on a council estate in Clapton, east London, Green went on to become a multi-platinum artist, with 3.5 million combined sales in the UK. He is the former co-host of Lip Sync Battle UK on Channel 5. His autobiography featured on the Times bestseller list, and he is the patron of the suicide prevention charity CALM.


Manderson's mother gave birth to him when she was 16 years old, splitting with the boy's father shortly after. At six weeks old he required a pyloromyotomy operation to his stomach. Manderson was raised by his grandmother, great-grandmother and uncles in a two bedroom flat on the Northwold housing estate in Clapton, Hackney, London, in a home which he describes as chaotic. Green's great-grandmother Edie taught him to read and fed his intellectual curiosity as a child. When she died it had a great impact on him as they were so close.


He sold cannabis as a youngster and smoked it on a daily basis between the ages of 16 and 24. Although he was a bright student and dreamed of being a lawyer, he suffered from depression at the loss of his parents and he left Stoke Newington School in Clissold Road without any qualifications.


When Green was 24 years old his father died by suicide. Green went to identify the corpse in the morgue. He stopped using any drugs from that point to allow himself to process the death fully.


This article uses material from the Wikipedia article "Professor Green", which is released under the Creative Commons Attribution-Share-Alike License 3.0.