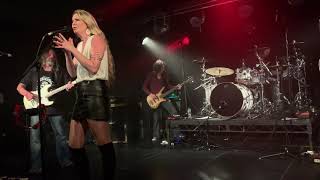 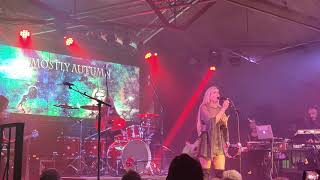 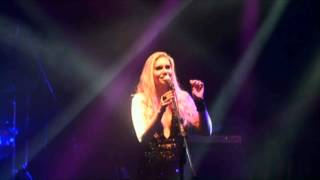 
Mostly Autumn are an English rock band. The group formed in 1995 and have built their reputation through constant touring, never signing to a major label. They produce music heavily influenced by 1970s progressive rock. According to the BBC, Mostly Autumn "fuse the music of Genesis and Pink Floyd with Celtic themes, hard rock and strong, emotional melodies". They have also been compared with other progressive bands from the same era such as Renaissance,Jethro Tull and Camel, blended with traditional folk music. Later albums also include more contemporary influences.


This line-up recorded For All We Shared... in 1998. More line-up changes ensued. By 1999, when the band recorded its second album, The Spirit of Autumn Past, Gibbons and Scott had been replaced by Angela Goldthorpe and Rob McNeil respectively.


In 2000 they achieved a support slot for Blackmore's Night on their Under a Violet Moon tour, bringing them to a wider audience. On the cover artwork for the following Blackmore's Night album Fires at Midnight , Heather Findlay provided the illustration for the song "Hanging Tree".


On Mostly Autumn's third album, The Last Bright Light , Rob McNeil, in turn, was replaced by Jonathan Blackmore . Andy Smith replaced Stuart Carver on the bass guitar. Shortly before the band's 'V Shows' tour in 2004, Iain's brother Andrew Jennings took over on drums and percussion. By this time, the band had been praised by Rick Wright of Pink Floyd. Olivia Sparnenn joined the band in 2005 to provide additional backing vocals. Ben Matthews of Thunder stood in on keyboards for Mostly Autumn's headline gig at the Baja Prog Festival in Mexico in March 2006. Chris Johnson was then recruited as a permanent replacement, with Angela also taking a more prominent role on keyboards.


At the beginning of 2007, both guitarist Liam Davison and drummer Andrew Jennings left the band; Davison to concentrate on his solo album and Jennings to devote his time to his other projects. The guitar parts were shared out amongst the rest of the group. Ex-Karnataka drummer Gavin Griffiths stood in on drums for most of the 2007 live shows; Andrew Jennings temporarily rejoined the group at the end of 2007, until Henry Bourne took over in 2008. Gavin Griffiths returned for the first shows of 2009 in Manchester and London. After Chris Johnson and Angela Gordon left in 2007, Iain Jennings and Liam Davison returned to the group on keyboards and guitar respectively. Anne-Marie Helder took over the role of flute, keyboards and backing vocals. A new studio album entitled Glass Shadows was released in early 2008 and an accompanying tour took place in spring and early summer. A 100-minute DVD, 'The Making of Glass Shadows', accompanied the special pre-order version of the album.


This article uses material from the Wikipedia article "Mostly Autumn", which is released under the Creative Commons Attribution-Share-Alike License 3.0.