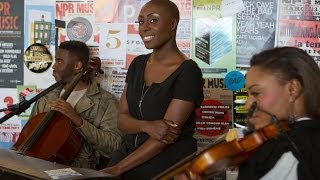 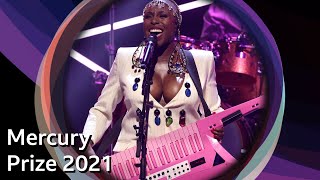 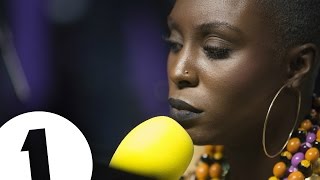 
Laura Mvula born 23 April 1986) is a British singer. A native of Birmingham, Mvula has gained experience as a young member or leader of a cappella, jazz/neo-soul and gospel groups and choirs. She was classically trained. In 2012, she signed with RCA Records and released an extended play, She, to critical acclaim.


Mvula released her debut studio album, Sing to the Moon , to favourable reviews, and earning two MOBO awards and a Mercury Prize nomination. In 2014, an orchestral re-recording of the album with the Metropole Orkest was released. Her second album, The Dreaming Room , was also received with critical acclaim, and won the Ivor Novello award and garnered a Mercury Prize nomination. Mvula then wrote the music for the 2017 theatre production of Antony & Cleopatra by the Royal Shakespeare Company. While working on her third album, she released the 1/f EP in February 2021.


In 2018, Mvula received an honorary doctorate of music from her alma mater, Birmingham City University.


Laura Mvula grew up in the Birmingham suburbs of Selly Park and Kings Heath with two younger siblings. Her mother is a humanities professor and is from Saint Kitts. Her father is from Jamaica and is a youth legal protection educator. She took up piano and violin at primary school and later attended Swanshurst School for girls. In her teens, she sang with Black Voices, an a cappella group set up by her aunt Carol Pemberton; in 2005 they toured Italy and other countries. In 2008, Mvula formed a jazz/neo-soul group called Judyshouse, singing lead vocals and writing material for the band. She was Director of the Lichfield Community Gospel Choir, founded by Black Voices and Lichfield Festival in 2009. She has also previously directed the Alvechurch Community Choir in Alvechurch.


In 2008 Mvula graduated from Royal Birmingham Conservatoire with a degree in composition. She worked as a supply music teacher, and later as a receptionist for the City of Birmingham Symphony Orchestra, when she began to write songs. Her sketches caught the attention of composer Steve Brown, and his manager, Kwame Kwaten, who also became Mvula's manager. In a 2013 podcast for The Daily Telegraph, she admitted to suffering from "crippling stage fright".


In May 2012, after several showcases, Laura Mvula was signed by Colin Barlow to Sony subsidiary RCA. She released her debut extended play, She, on 16 November 2012. The title track is the first song she ever wrote. On 6 December, she was shortlisted for the Critics' Choice award at the 2013 BRIT Awards. On 9 December, she was nominated for the BBC's Sound of 2013 poll and later finished in fourth position. On 1 February 2013, she gave her first live TV performance on The Graham Norton Show on BBC One, singing "Green Garden".


This article uses material from the Wikipedia article "Laura Mvula", which is released under the Creative Commons Attribution-Share-Alike License 3.0.