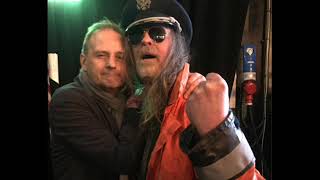 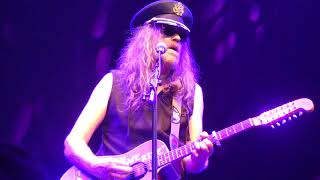 
Julian David Cope is an English musician, author, antiquarian, musicologist, poet and cultural commentator. Originally coming to prominence in 1978 as the singer and songwriter in Liverpool post-punk band the Teardrop Explodes, he has followed a solo career since 1983 and worked on musical side projects such as Queen Elizabeth, Brain Donor and Black Sheep.


Cope is also an author on Neolithic culture, publishing The Modern Antiquarian in 1998, and an outspoken political and cultural activist with a noted and public interest in occultism and paganism. He has written two volumes of autobiography; Head-On and Repossessed ; two volumes of archaeology; The Modern Antiquarian and The Megalithic European ; and three volumes of musicology; Krautrocksampler , Japrocksampler ; and Copendium: A Guide to the Musical Underground .


Cope's family resided in Tamworth, Staffordshire, but he was born in Deri, Monmouthshire, Wales, where his mother's parents lived, while she was staying there. Cope was staying with his grandmother near Aberfan on his ninth birthday, the day of the Aberfan disaster of 1966, which he has described as a key event of his childhood.


He grew up in Tamworth with his parents and his younger brother Joss. He played Oliver in Wilnecote High School's production of the musical. Cope attended City of Liverpool C.F. Mott Training College , and it was here that he first became involved in music.


In July 1977, Cope was one of the founders of Crucial Three, a Liverpool punk rock band in which he played bass guitar. Although the Crucial Three lasted for little more than six weeks and disbanded without ever playing in public, all three members eventually went on to lead successful Liverpool post-punk bands—singer Ian McCulloch with Echo & the Bunnymen and guitarist Pete Wylie with The Mighty Wah. Post-Crucial Three, Cope, and McCulloch initially went on to form other short-lived bands UH? and A Shallow Madness . When Cope sacked McCulloch from A Shallow Madness, McCulloch went on to form Echo and the Bunnymen. The two former bandmates would maintain a frequently antagonistic rivalry from then on, often carried out in public or in the press.


In 1978, Cope formed The Teardrop Explodes with drummer Gary Dwyer, organist Paul Simpson and guitarist Mick Finkler, with himself as singer, bass player and principal songwriter. Drawing on a post-punk version of West Coast pop music , the band became part of a wave of neo-psychedelic Liverpool bands. Cope and Dwyer were the only band constants, although seven other members passed in and out of the lineup during the band's fractious four-year existence. Several well-received early singles culminated in the band's biggest hit, "Reward", which hit number 6 in the UK singles chart and took the Kilimanjaro album to number 24 in the album charts. Cope's photogenic charm and wild, garrulous interview style helped keep the band in the media eye, and made him a short-lived teen idol during the band's peak.


This article uses material from the Wikipedia article "Julian Cope", which is released under the Creative Commons Attribution-Share-Alike License 3.0.