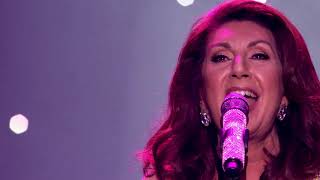 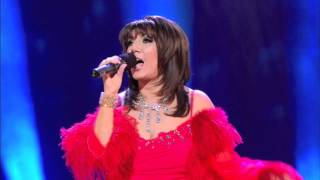 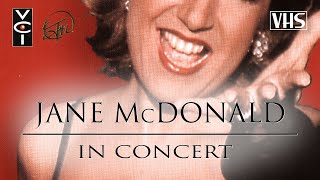 
Jane Anne McDonald is an English singer, songwriter and television presenter. Born and raised in Wakefield, McDonald spent much of her early career performing in local clubs and pubs before landing work as a singer on cruise ships. McDonald became known to the public in 1998 following her appearance on the BBC show The Cruise.


The same year, her debut album Jane McDonald topped the UK Albums Chart and remained there for 3 weeks. Since this, McDonald has released a number of studio albums in addition to performing in live concerts and her own tours at venues across the UK, including the Royal Albert Hall and the London Palladium, as well as at the MGM Grand in Las Vegas. In 2015, McDonald performed the role of Grizabella in the musical Cats in Blackpool.


After appearing on Chris Terrill's docusoap The Cruise, she was taken on by independent record label Focus Music International to make a covers album and a Christmas single. The album Jane McDonald, spent three weeks at Number 1 in the UK Albums Chart, while the single "Cruise into Christmas" reached the UK Singles Chart Top 10.


After her number one success on an independent label, McDonald signed a recording contract with UMTV , and appeared as a guest presenter on BBC's National Lottery.


Beginning in 2004, McDonald was a regular presenter on the ITV daytime television programme Loose Women, appearing on the show three times a week. It was confirmed on 16 July 2010 that McDonald would depart Loose Women in the summer, for at least a year to concentrate on her music career and to tour Australia and New Zealand. Although an Australian tour never developed into anything official, she proceeded to tour the United Kingdom in 2011. She returned in 2012 before leaving the series permanently in January 2014 to focus on her music career. She has since made many guest appearances. She continues to tour the UK with her solo shows & has introduced Christmas themed arena shows into her work schedule.


This article uses material from the Wikipedia article "Jane McDonald", which is released under the Creative Commons Attribution-Share-Alike License 3.0.