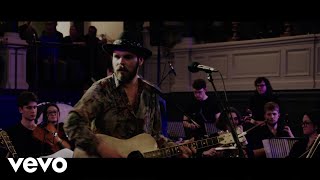 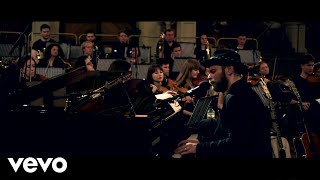 Gaz Coombes - The Oaks (Live At The Sheldonian Theatre, Oxford / 2019) 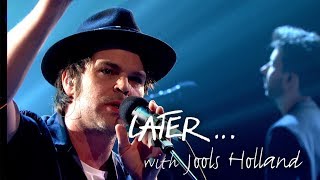 
Gareth Michael Coombes is an English musician and singer-songwriter. He is best known as the lead vocalist and guitarist of the English alternative rock band Supergrass. He first entered the music scene aged 14 as the lead singer of the band The Jennifers which featured Supergrass bandmate Danny Goffey.


Coombes first entered the music world at age 14 as the lead singer of the band The Jennifers. They recorded their demo at Stargoat, Banbury, released April 1991 a month after Gaz turned 15. The band undertook a nationwide tour before Coombes was fifteen. When they signed for their first recording contract with Nude Records, Coombes was under 18 at the time and so had to have his mother sign the contract for him.


"There were a couple of ridiculous, punky, joke songs – "Harvey The Accountant" and "The Girl with the Removable Face". That one went: "The girl with the removable face/She didn't have much of a life/All the boys used to pull it off/And use it as a frisbee." Most of them were in that vein. Actually, we haven't changed much." says Coombes about some Jennifers songs.


The Jennifers released "Just Got Back Today" on Nude Records in 1992 before they disbanded.


After the mild success experienced by The Jennifers, but still living with his parents, Coombes got a job at the local Harvester. He would take old Jennifers demos and play them over the restaurant's PA system before it opened, and this eventually led to him meeting Mick Quinn, a co-worker who played bass guitar and shared his musical tastes. With Danny Goffey they began to practice at Quinn's house, and Supergrass was formed shortly thereafter.


In 1993 after The Jennifers disbanded, Coombes, Goffey and Quinn formed Supergrass. In 2002 Coombes's brother keyboardist Rob Coombes officially joined the band. Before that he was studying for an Astrophysics degree at Cardiff University. The band released six studio albums in their 17 years together, each of them entering the UK top 20: I Should Coco , In It for the Money , Supergrass , Life on Other Planets , Road to Rouen and Diamond Hoo Ha . They also released a singles compilation Supergrass Is 10 , commemorating the first decade of the band's life.


This article uses material from the Wikipedia article "Gaz Coombes", which is released under the Creative Commons Attribution-Share-Alike License 3.0.