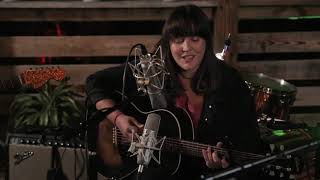 Caitlin Rose live at Paste Studio on the Road: Nashville 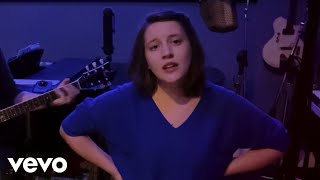 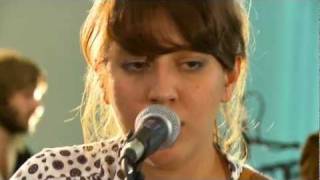 
Caitlin Rose is a country singer and songwriter from Nashville, Tennessee. She has released three albums, Own Side Now , The Stand-In and Cazimi . She also recorded two Arctic Monkeys songs for Record Store Day in 2012.


Rose was previously the lead singer of Nashville indie band Save Macaulay, on local label Theory 8 until 2007. As a solo artist, she signed to BMI in 2008. The title track of her seven-track 2008 EP, Dead Flowers, is a cover of a Rolling Stones song.


Her first album, Own Side Now, was released by Names Records in August 2010. Her vocal performance and lyrics have led to comparisons to Loretta Lynn, Patsy Cline, and Iris DeMent. Claire Suddath of Time magazine named Own Side Now one of the Top 10 Albums of 2011, ranking it at No. 7.


Her next studio album The Stand-In was released on February 25, 2013.


Rose's mother is country songwriter Liz Rose . She was born in Dallas, Texas, and her family moved to Nashville in 1994. She attended community college in Nashville for a year before leaving to focus on music. Rose is a big fan of astrology and her 2022 album is named Cazimi, an astrological term for when the sun and another planet are perfectly conjoined.


This article uses material from the Wikipedia article "Caitlin Rose", which is released under the Creative Commons Attribution-Share-Alike License 3.0.