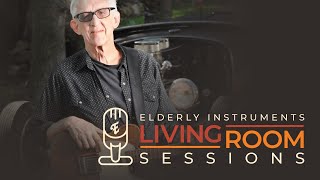 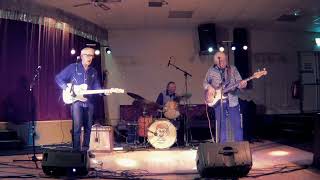 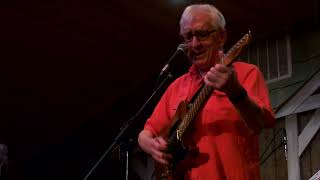 
William Knight Kirchen is an American guitarist, singer and songwriter. He was a member of Commander Cody and His Lost Planet Airmen from 1967 to the mid-1970s and later worked with Nick Lowe. Guitar Player magazine described Kirchen as "Titan of The Telecaster" for his prowess on the guitar.


Kirchen was born in Bridgeport, Connecticut but grew up in Ann Arbor, Michigan where he attended Ann Arbor High School and learned to play the trombone. He met a folksinger named David Siglin, long-time manager of local folk music venue The Ark, and joined the local folk scene. While learning to play banjo and guitar, his musical interest began to extend beyond folk music and included the blues and various string bands. During his student days at University of Michigan, Ann Arbor, Kirchen started a "psycho folk-rock" band and later a country band that included George Frayne and John Tichy which formed the basis for the Commander Cody and His Lost Planet Airmen band.


In 1969, Kirchen took Commander Cody and the Lost Planet Airmen to California and they developed a reputation as musical "outlaws" that were praised by other outlaw musicians and bands like Willie Nelson, Waylon Jennings, The Grateful Dead and the Allman Brothers Band. Kirchen's band "played a collection of rock 'n' roll, hard-core country, boogie and rockabilly sounds produced in a "high-octane mix" that made them a "happening" group in the San Francisco Bay area.


Kirchen began to develop as guitarist, vocalist, songwriter and performer. He became known for his vocal and guitar work on such songs as "Mama Hated Diesels", "Down to Seeds and Stems Again Blues" from the band's albums, Hot Licks, Cold Steel & Truckers' Favorites and Lost in the Ozone. His live performance work was captured on the 1973 album Live From Deep in the Heart of Texas, recorded at the Armadillo World Headquarters in 1973. Kirchen's Commander Cody band broke apart in 1976 and he formed a "swing orchestra" called the Moonlighters and began a decades-long collaboration with British musician Nick Lowe. Lowe produced the Moonlighters' second album Rush Hour, and Kirchen toured with Lowe and joined him in the studio from time to time. During this period Kirchen also worked on albums with Elvis Costello, Gene Vincent, and Link Wray.


Around 1986, Kirchen moved to the Washington, D.C. area and formed the band Too Much Fun with Dave Elliot on drums and John Previti on bass. In 1996, the band won ten Washington Area Music Awards including Musician and Songwriter of the Year. Kirchen became a contemporary and associate of many D.C. guitarists such as the late Danny Gatton and Roy Buchanan, Link Wray, Tom Principato, Evan Johns, Billy Hancock, Linwood Taylor, Dave Chappell, Jimmy Thackery, the Nighthawks and others who, during this time, forged an elite fraternity of Washington D.C. area roots rock performers.


Kirchen recorded the album Tombstone Every Mile on Demon Records, while in England and then released the recording in the USA after he signed with Black Top Records in 1994. He released the critically acclaimed and musically eclectic album, Have Love, Will Travel in 1996 and Raise a Ruckus on Hightone Records in 1999. Kirchen followed up with more album releases on Hightone Records including Tied to the Wheel in 2001, Dieselbilly Road Trip in 2003, and King of Dieselbilly .


This article uses material from the Wikipedia article "Bill Kirchen", which is released under the Creative Commons Attribution-Share-Alike License 3.0.