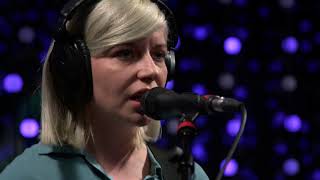 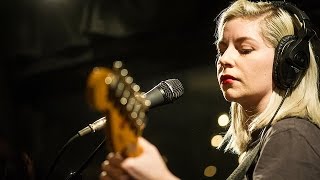 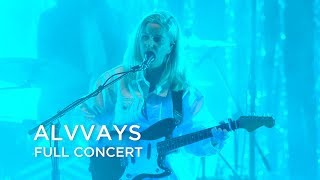 
Alvvays is a Canadian indie pop band formed in 2011, originating from Charlottetown, Prince Edward Island, and currently based in Toronto, Ontario. It consists of Molly Rankin , Kerri MacLellan , Alec O'Hanley , Abbey Blackwell , and Sheridan Riley . Their self-titled debut album, released in 2014, topped the US college charts. Their second studio album, Antisocialites, was released on September 8, 2017, and won the Juno Award for Alternative Album of the Year at the Juno Awards of 2018. Both albums were short-listed for the Polaris Music Prize. Their third album, Blue Rev, will be released on October 7, 2022.


Molly Rankin, the group's singer-songwriter, is the daughter of John Morris Rankin, a fiddler with the Celtic folk family collective the Rankin Family, who enjoyed international success in the 1990s. Rankin grew up in Judique, Nova Scotia, writing music with her neighbour, keyboardist Kerri MacLellan. She later met guitarist and partner Alec O'Hanley at a concert. With the help of O'Hanley, Rankin quietly released a solo extended play titled She in 2010. Alvvays was formed the following year, with Rankin recruiting MacLellan, O'Hanley, drummer Phil MacIsaac and bassist Brian Murphy. Rankin picked the name Alvvays because it had a "shred of sentiment and nostalgia." The spelling of the band name was due to the fact that there was already a band named Always signed to Sony.


The band members moved to Toronto and secured jobs that allowed them to tour occasionally. The group toured extensively as supporting acts for bands such as Peter Bjorn and John and the Decemberists. Their self-titled debut studio album, Alvvays, was recorded in Calgary with Chad VanGaalen in March 2013; Graham Walsh helped track the album while John Agnello helped mix it.


Alvvays were signed to Polyvinyl Records on the strength of their performances at SXSW and online response to the demo of their single "Adult Diversion". The album Alvvays was released by Royal Mountain Records , Polyvinyl Records and Transgressive Records in July 2014. Simon Vozick-Levinson, writing in Rolling Stone, called the album an "indie-pop wonder".Alvvays went to #1 on US college charts on August 5, 2014; in November that year they performed in Los Angeles with another Canadian band, Absolutely Free.


The group toured heavily in support of their debut, including slots at Glastonbury 2015 and Coachella Valley Music and Arts Festival in 2016. In addition to album material, Alvvays often performs cover songs of artists such as Kirsty MacColl , Camera Obscura , the Hummingbirds , the Primitives and Deerhunter among others.


This article uses material from the Wikipedia article "Alvvays", which is released under the Creative Commons Attribution-Share-Alike License 3.0.