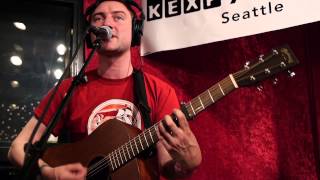 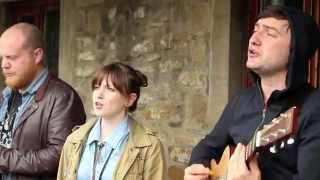 
Admiral Fallow are a Scottish musical group formed in 2007 by singer-songwriter Louis Abbott and based in Glasgow. They were originally named Brother Louis Collective. The band's first album, Boots Met My Face, was released worldwide in 2011. Their song "Squealing Pigs" was used on NBC's Chuck and was performed live on the BBC's Hogmanay Live 2011.


Boots Met My Face was recorded in July 2009 and produced at the Glasgow studio Chem 19 by engineer Paul Savage and winner of the 2010 UK Producers' Guild "Breakthrough Producer of the Year" award). The album recording was partially funded by Creative Scotland.


Lead singer and main writer Louis Abbott has said that "All of the songs document the first chapter of my life, be it memories from school or kicking a ball about with my childhood chums. All are taken from real life events. There's no fiction. I'm not into making up stories or characters for the sake of trying to stir emotions. They are songs about friends and family as well as a fair bit of self-evaluation".


The album title comes from a line in "Subbuteo" which references an incident when Abbott was beaten up at the age of 15 in his home town of Edinburgh.


"Squealing Pigs" was first released as a single in the UK released in April 2010 by Lo-Five Records, followed by Boots Met My Face in April 2010, re-released in March and June 2011. The release garnered album of the week praise in the Daily Record,The List and was named the Best Album of 2010 by Scottish music website "The Pop Cop". In addition, Linn Records made the album available as one of their famed 24-bit Studio Master Downloads, calling it the "Record of the Week" for 19 July.Boots Met My Face was later released in Germany by Indigo Records on 13 August 2010. Another single, "Subbuteo" , was released in October 2010.


Tree Bursts in Snow was released on 21 May 2012. The first 500 preorders were signed by the band in Reading at their distributors on 14 May. Frontman and principal songwriter Louis Abbott explained the meaning of the title:


This article uses material from the Wikipedia article "Admiral Fallow", which is released under the Creative Commons Attribution-Share-Alike License 3.0.