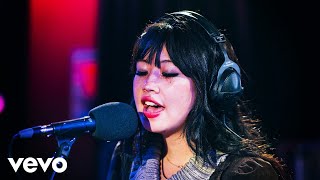 beabadoobee - The Perfect Pair in the Live Lounge 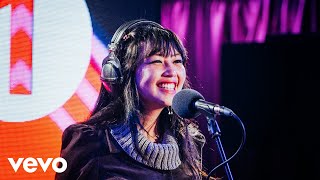 beabadoobee - A Thousand Miles in the Live Lounge
Share Concert


Beatrice Kristi Laus , known professionally as beabadoobee ), is a Filipino-British singer-songwriter. From 2018 to 2021, she released five extended plays under the independent label Dirty Hit: Lice , Patched Up , Loveworm , Space Cadet and Our Extended Play . Her debut studio album, Fake It Flowers, was released in October 2020 and received critical acclaim. Her second studio album, Beatopia, was released on July 15, 2022.


Beabadoobee served as a supporting act for labelmates the 1975 during several legs of their Music for Cars Tour, as well as American singer Clairo during her Immunity Tour. She was nominated for the Rising Star Award at the 2020 Brit Awards, and was presented with the Radar Award at the 2020 NME Awards. Beabadoobee was also predicted as a breakthrough act for 2020 in an annual BBC poll of music critics, Sound of 2020.


Laus was born in Iloilo City in the Philippines on 3 June 2000 and moved to London with her parents at the age of 3. She grew up in West London listening to original Pinoy music as well as pop and rock music from the 1980s. While she was a teenager, she listened to indie rock including Karen O, Yeah Yeah Yeahs, Florist and Alex G. She was expelled from Sacred Heart High School before completing her thirteenth year at Hammersmith Academy. Laus spent seven years learning to play the violin, before getting her first guitar second-hand at the age of 17. She taught herself how to play the instrument using YouTube tutorials. She was inspired by Kimya Dawson and the Juno soundtrack to start making music.


The first song Beabadoobee wrote on her guitar was "Coffee". She released the song as well as a cover of Karen O's "The Moon Song" in September 2017. "Coffee" gained over 300,000 views on YouTube, as well as the attention of Dirty Hit Records. She signed to the label in April 2018. This was followed by the release of her debut EP Lice in March 2018 and her second EP Patched Up in December 2018. In January 2019, Beabadoobee was placed with Billie Eilish on NME's annual list of "essential new artists", the "NME 100". She subsequently released her third EP titled Loveworm. Beabadoobee released an acoustic version of this EP titled Loveworm in July 2019.


In February 2020, Beabadoobee performed at the 2020 NME Awards after winning the Radar Award. She supported labelmates the 1975 on their Music for Cars Tour for both the UK leg in February 2020. She was scheduled to also support the band during the North American leg of this tour in April 2020, however it was postponed due to the COVID-19 pandemic.


This article uses material from the Wikipedia article "beabadoobee", which is released under the Creative Commons Attribution-Share-Alike License 3.0.