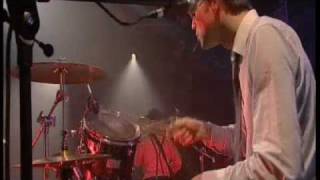 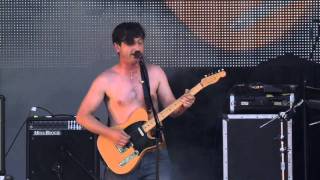 About The Young Knives


Young Knives are an English indie rock band from Ashby-de-la-Zouch, Leicestershire. The name is based on a misunderstanding of "young knaves", which was found by the band when rummaging through a book.


The band was originally named "Simple Pastoral Existence" but this name only lasted until they split for a few years from 1997 to 1999, at which time they renamed themselves "Ponyclub." The name "Ponyclub" was changed when they got their first record deal because there was already an artist in existence named "Pony Club." This is when the name "The Young Knives" was coined. They later dropped the definite article prefix prior to the release of their second full-length album, Superabundance.


They broke into the music industry in 2002 with the critical success of their debut mini-album The Young Knives... Are Dead, but began to garner national coverage upon the release of their single "The Decision" in late 2005. They played their biggest live gig in June 2006 and completed a UK tour in support of their first proper album Voices of Animals and Men, which reached No. 21 in the UK Album Charts. In July 2007 they were nominated for the Nationwide Mercury Prize. Their second album Superabundance entered the charts in March 2008 at number 28, with a third album Ornaments From The Silver Arcade ready for April 2011.


The band released their fourth album Sick Octave via their official website on 21 April 2013. A Kickstarter campaign was also launched by the band on this date, with a £10,000 crowdsourcing target being set. The album was released on 4 November 2013.


After a hiatus of around 4 years, Young Knives returned as a duo consisting of the Dartnall brothers, released a new single "Red Cherries" in 2019, and released their fifth album Barbarians in September 2020.


Formed in the north Leicestershire market town of Ashby-de-la-Zouch under the name 'Simple Pastoral Existence', the Young Knives began their career "playing bad funk and Ned's Atomic Dustbin covers", but it was their subsequent move to Oxford that saw their career begin to take off. After changing their name from 'Ponyclub', their big break came in 2002 with a successful set at the Truck Festival, which was followed by the release of ... Are Dead on local label Shifty Disco. The band also won "Road to V", a competition for bands to open the second stage at Virgin Music Festival, beating a large number of bands to win.


This article uses material from the Wikipedia article "The Young Knives", which is released under the Creative Commons Attribution-Share-Alike License 3.0.