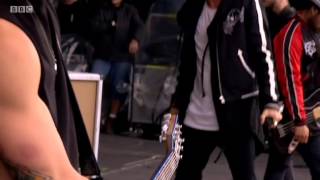 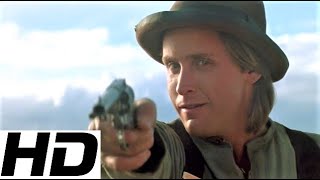 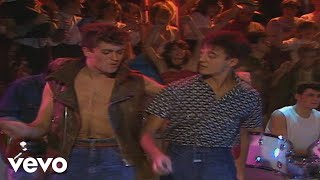 
Young Guns are an English alternative rock band from High Wycombe, Buckinghamshire. The members, working with each other in various musical interests throughout the 2000s, formally formed the band in 2008, and rose to prominence after their debut EP, Mirrors, earned them spots opening live shows for Bon Jovi and Guns N' Roses. Their debut album, All Our Kings Are Dead, on 12 July 2010. Their second album, Bones, was released in February 2012. Their single "Bones" reached no. 1 on the Billboard Active Rock charts in the US in May 2013. Their third album, Ones and Zeros, was released on 9 June 2015. The band's fourth album, Echoes, was released on September 16, 2016.


While members of the band had been together dating back to 2003, during these years, they were more identified as just a number of musicians who shared a similar passion for music in the same London underground music scene, and did not form as a serious band until 2008. The band's lineup, upon becoming a formal band, consisted of Gustav Wood as the lead vocalist, Fraser and John Taylor both as guitarists, Simon Mitchell as the bassist, and Ben Jolliffe on drums. The band began playing local live shows at bars and small events featuring music from a variety of different music genre. They eventually began to garner more attention by securing spots in support of post-hardcore bands Funeral for a Friend and We Are the Ocean. This exposure granted them the opportunity to work with Dan Weller and Justin Hill, from the influential progressive metal band Sikth, as producers.


The resulting work, the band's debut release, the EP Mirrors, was released on 22 June 2009. A single to promote the release, "In the Night", was also released in the same month. Despite touring and working with people from the hardcore and progressive metal music scene, the release contained more of a straightforward, melodic rock sound. The EP was not an immediate success, selling only 500 copies in its opening week, but the band continued to push forward with extensive touring. Mirroring the EP's sound, the band began touring with more mainstream rock bands, eventually leading to popular Welsh rock band Lostprophets approaching Young Guns to open for them. The touring, couple with positive coverage in the press, including a nomination from Kerrang magazine for "Best Newcomer Award" for 2009, greatly raised the band's public profile, leading to an opening spot for Bon Jovi at their residency at The O2 Arena, and Guns N' Roses at that year's Reading Festival.


The band's unexpectedly quick rise to popularity left them in a rush to create more music to sustain their frequent touring. In January 2010, the band began work on their first full album. The band once again chose to work with Weller as a producer, and recorded their first full album while still continuing their extensive touring. Their first order was to record and release a single right away to capitalize on their recent high-profile live shows, which ended up being the track "Winter Kiss", released in the same month. The song was well-received, with BBC Radio 1 DJ Zane Lowe praising it as "The Hottest Record in the World". Further singles "Sons of Apathy" and "Crystal Clear" were released in April and July respectively while the band worked on completing the album. The debut album, All Our Kings Are Dead, was released under their own label called Live Forever on 10 July 2010 and peaked at No. 43 in the UK Albums Chart, and No. 3 in both the UK Rock and Indie album charts. Additional singles "Stitches" and "Weight of the World" were also released in promotion of the album. While all the singles received moderate radio play, both "Crystal Clear" and "Weight of the World" managed to chart, peaking at ninth and twenty-seventh respectively on the UK Rock Singles chart.


To promote the album's release, the band played at some of the UK's largest festivals, including Download Festival and opening the main stage of the Reading Festival. This was preceded by a European tour supporting Danko Jones and their own UK Tour. In February 2011, the band supported All Time Low with Yellowcard on another European Tour which ended in the UK, visiting venues such as the O2 Academy Brixton. On 10 July 2011, the album was re-released as All Our Kings Are Dead: Gold Edition, including a bonus DVD containing three acoustic sessions, three live videos, a documentary and the music videos for all five singles.


The band traveled to Karma Sound Studios in Thailand to start work on a second studio album in July 2011, again working with Weller as a producer. The first single from the sessions, "Learn My Lesson", was released four months later in October 2011, being debuted on Zane Lowe's Radio 1 show. The following month, the band announced the new album would be titled Bones, and would be released on 6 February 2012 in Europe. After the initial European release, the band proceeded to tour across Europe for six months while working on securing a distribution deal for the album in the US - which they eventually did with Wind-Up Records. The first leg of the tour was labeled the Bare Bones Club Tour; contrary to the band's large stadium shows with Bon Jovi, the initial shows were a number of intimate shows at small locations that the band had played in their earlier years.Bones was released in the US on 4 September 2012.


This article uses material from the Wikipedia article "Young Guns", which is released under the Creative Commons Attribution-Share-Alike License 3.0.