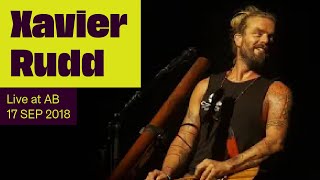 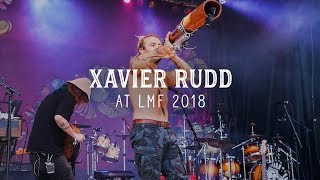 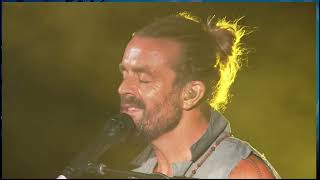 
Xavier Rudd is an Australian singer, songwriter, musician, and multi-instrumentalist. Several of Rudd's songs incorporate socially conscious themes, such as spirituality, humanity, environmentalism and the rights of Indigenous Australians.


Xavier Rudd grew up in Jan Juc, near Torquay, Victoria. He attended St Joseph's College, Geelong. His maternal grandfather was Dutch, born in Tilburg, a town in the Netherlands, before migrating to Australia. One of his grandmothers was from an Irish potato-growing family and grew up in Colac, Victoria. Rudd is of Aboriginal, Irish and Scottish heritage, furthermore mentioning having Wurundjeri ancestry, and that one of his great grandmothers was an Aboriginal Australian, and her child was taken away from her.


Rudd showed a keen interest in music growing up in a family of seven children. While primary school–aged, Rudd used his mother's vacuum cleaner as a makeshift didgeridoo and began playing his brother's guitar. He also played saxophone and clarinet as a child.


As a child, Xavier Rudd sold recycled wood through his own furniture business. Immediately after finishing school, Rudd traveled to Fiji. He lived in villages around the country for nine months, returning to Australia at age 19.


Before launching his solo career, Rudd began playing music as part of the band 'Xavier and the Hum'. He drew inspiration from artists such as Leo Kottke, Ben Harper, Natalie Merchant and multi-instrumentalist David Lindley, as well as music from diverse sources such as Hawaiian and Native American music. His music first took him overseas when he traveled to Whistler, British Columbia—Rudd was in a band and would play each night after a day of snowboarding.


This article uses material from the Wikipedia article "Xavier Rudd", which is released under the Creative Commons Attribution-Share-Alike License 3.0.