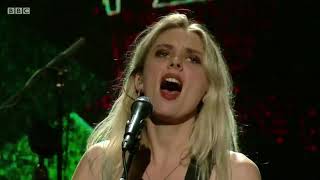 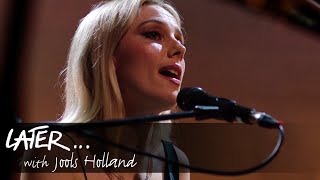 
Wolf Alice played their first gig at Highbury Garage, December 2010 supporting April in the Shade, after Ellie Rowsell and Joff Oddie met the band at an open mic at the Hope & Anchor in Islington. They released their debut single "Fluffy" in February 2013, and followed it with "Bros" in May. They released their debut EP Blush in October, and its follow-up Creature Songs in May 2014. In February 2015 the band released the lead single "Giant Peach" from their debut album My Love Is Cool, which was released in June 2015. It includes their 2014 single "Moaning Lisa Smile", which peaked at number nine on US Billboard's Alternative Songs chart in August 2015, and was nominated for the 2016 Grammy Award for Best Rock Performance.


Wolf Alice were formed in 2010 and began as an acoustic duo between Ellie Rowsell and Joff Oddie. Their name came from a short story by Angela Carter. Eventually deciding to add electric elements to their sound, they recruited Rowsell's childhood friend Sadie Cleary to play bass and Oddie's friend James DC to be their drummer. They self-released an EP called Wolf Alice that year, featuring three songs: "Every Cloud", "Wednesday", and "Destroy Me".


When James DC broke his wrist in 2012, Joel Amey joined the band as a temporary replacement drummer, but later became a permanent member. In that same year, Cleary left to focus on her studies. Theo Ellis was then recruited as their bassist in late 2012. They released the song "Leaving You" online on SoundCloud as a free download which gained airplay from BBC Radio 1 and featured in NME's 'Radar' section. After the song was released, they toured with Peace, and recorded a session for Huw Stephens' Radio 1 show in January. They released their first physical single "Fluffy" in February 2013 on the Chess Club label.


Wolf Alice released their second single "Bros" in May on Chess Club Records. "Bros" is one of the first songs that Rowsell wrote, which the band played in their early stages, leading to a tour where the band were supported by bands such as Dressed Like Wolves and Dead New Blood. In October 2013, Wolf Alice released their first official EP called Blush, which was preceded by the release of "She".


This article uses material from the Wikipedia article "Wolf Alice", which is released under the Creative Commons Attribution-Share-Alike License 3.0.