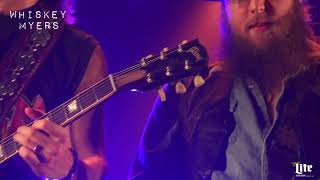 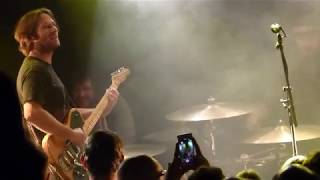 
In 2008, the band released their debut album, Road of Life. Their second album, Firewater, was released by Wiggy Thump in 2011 and debuted in the Top 30 on the Billboard Top Country Albums chart, largely thanks to the single "Ballad of a Southern Man". On February 4, 2014, the album, Early Morning Shakes, was released and received mostly positive reviews. In September 2016, their fourth album Mud was released. The band's latest self-titled album was released on September 27, 2019.


The band started when friends Cody Cannon and John Jeffers began learning guitar together, inspired by the music of Lynyrd Skynyrd, Hank Williams Jr., Waylon Jennings, amongst many other artists. After being joined by Cannon's co-worker and friend Cody Tate, they began calling themselves Lucky Southern. After playing together for a while, the three decided to start a more serious band. They enlisted friend Jeff Hogg to play drums, and asked Cannon's cousin Gary Brown to play bass . They began playing shows around their hometown and native state of Texas, slowly starting to build a following on the Texas/Red Dirt scene.


In 2018, the band was featured in four episodes of the Kevin Costner Paramount Network series Yellowstone. Shortly afterwards, the band's three available albums moved into the top 10 iTunes country chart. Their most recent album at the time, Mud, reached No. 1 on the charts, and its song "Stone" reached No. 9 in all genres.


This article uses material from the Wikipedia article "Whiskey Myers", which is released under the Creative Commons Attribution-Share-Alike License 3.0.