We Are Scientists Tickets Belfast 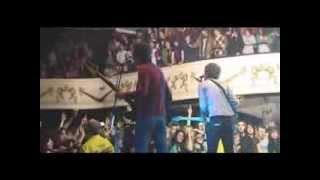 We Are Scientists - Live At Shepherd's Bush - Spring 2006 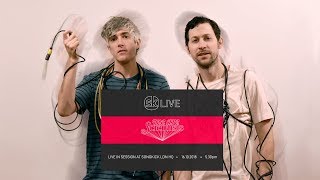 About We Are Scientists


We Are Scientists is a New York City-based rock band that formed in Berkeley, California, in 2000. It consists primarily of guitarist and vocalist Keith Murray and bass guitarist Chris Cain, with drummer Keith Carne joining the band in the studio and for live performances since 2013.


The band have released six studio albums, not including their early release Safety, Fun, and Learning , which the band have gone on to describe as more of a rough draft, than a proper album. The band's breakthrough success came with their debut studio album, With Love and Squalor, which sold 100,000 copies in the first six months. This was followed by the releases of Brain Thrust Mastery in 2008, Barbara in 2010, TV en Français in 2014, Helter Seltzer in 2016 and Megaplex in 2018.


As well as music, Keith and Chris are known for their comedy, often injecting humour into their interviews, press-releases and off-the-cuff jokes at their live shows. This has been carried over as part of producing many of their own music video treatments and their 2009 series of television shorts Steve Wants His Money made for MTV, as well as a podcast series titled Dumpster Dive in 2020.


Keith Murray and Chris Cain met in 1997 whilst attending Pomona College in Claremont, California. Keith had just transferred to Pomona and Chris was holding a Dawson's Creek viewing party and quickly bonded over a mutual love of stand-up comedy, film and television. In late 1999, after graduating and moving to Berkeley, California, they hatched the idea for the band. Murray, Cain along with their roommate, Scott Lamb, who was also a fellow alum from Pomona College cofounded the group. Lamb originally played guitar and provided vocals, whilst Cain played bass and Murray played drums as well as handling vocals. The three of them chose the name We Are Scientists, after renting a truck from U-Haul. When they returned it, the inspector, after looking them up and down and assessing their wardrobe, asked if they were scientists. Some publications later claimed their band name to be a reference to a Cap'n Jazz song of the same name, whilst others believing it to be a homage to the Guided by Voices track "I Am a Scientist", both of which the band have unequivocally denied. Touching on the subject in their Dumpster Dive podcast, Cain jested "I can say that pretty unequivocally that if we had known of Cap'n Jazz at the time of naming our band, we would not have named it We Are Scientists.". When it came to songwriting, Keith, Scott and Chris' were particularly influenced by films, comic books, with many of their earliest songs about fighting monsters.


Keith and Chris moved to the Los Angeles area in late 2000, without Scott, recruiting Michael Tapper, whom they'd known during their time at Pomona, and who was in his last year at adjoining Harvey Mudd College. Michael would take drums over from Keith, who would now be the band's vocalist and guitarist, whilst Cain would continue playing bass. Moving again, the band relocated to Brooklyn, New York in 2001 and began recording material in November, 2001. The band finished recording in January 2002, completing 12 tracks - two of which credit former member Scott Lamb. The releases title was announced on March 14, 2002, on the band's official website as Safety, Fun, and Learning for release in April 2002 through the band's own label, Devious Semantics. Due to issues with setting up their own label, it wasn't until June that the band were able to release the record. The summer saw them reunite with original vocalist Scott Lamb. In October after several months of performing in California and New York, amongst other places the band recorded their first EP, available originally only at live shows Bitching! was released on October 14, 2002, and featured 6 tracks. Later Bitching! was made available online on January 16, 2003. In March 2003 the band announced they would be heading to the recording studio with Paolo DeGregorio on April 1 to record a second EP; In Action, which was released through MotherWest records in October 2003, featuring 6 tracks.


A year after recording In Action the band headed once more to the recording studio with Los Angeles-based producer Chris Fudurich, where they recorded rough versions of "The Great Escape", "Scene Is Dead" and "This Means War", which would make up half of the band's final independently released EP The Wolf's Hour, other tracks included "Callbacks Under The Sea", "Inaction" and "Nobody Move, Nobody Gets Hurt". The EP was released on November 26, 2004.


This article uses material from the Wikipedia article "We Are Scientists", which is released under the Creative Commons Attribution-Share-Alike License 3.0.

We Are Scientists Tour