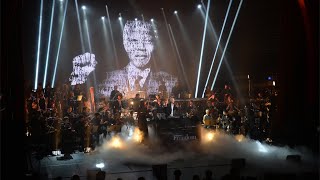 
Jean-Christophe Le Saoût ; born 19 July 1975), better known by the stage name Wax Tailor, is a French record producer and DJ. He has released six studio albums collaborating with other artists.


After being a host on French radio in the Paris suburb of Mantes-La-Jolie, Le Saoût started the French rap group La Formule in the 1990s. He created his label Lab'Oratoire in 1998. He began working on the Wax Tailor project in 2001, first appearing on a remix of Looptroop and La Formule's "Deep Under Water".


In 2004, JC Le Saoût launched the Wax Tailor concept with an EP, "Lost the Way", that gained the attention of DJ's and music critics in his home country.


In 2005, Wax Tailor released his first album "Tales of the Forgotten Melodies". The album has never left the Electronic Album sales charts on iTunes since its release.


In 2007, Wax Tailor released his second album "Hope & Sorrow" and had his first crossover hit single with "Positively Inclined".


In 2008 in France, he was selected in the Victoires de la musique as "best electronic music album of the year" and won the 7th annual Independent Music Awards Vox Pop vote for best Dance/Electronica album.


This article uses material from the Wikipedia article "Wax Tailor", which is released under the Creative Commons Attribution-Share-Alike License 3.0.