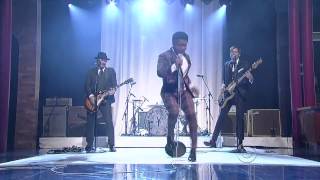 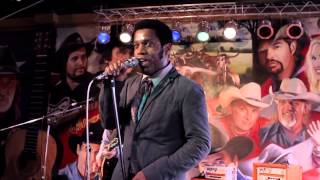 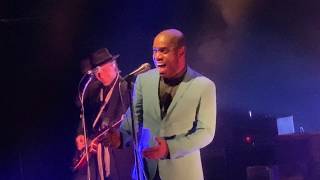 Vintage Trouble is an American rhythm & blues band. The band formed in Hollywood, California, in 2010. They have released three albums: The Bomb Shelter Sessions , The Swing House Acoustic Sessions and 1 Hopeful Rd. . Their sound has been described as "retro", reminiscent of a number of late 1950s and 1960s blues and rock artists, such as The Rolling Stones, Chuck Berry and The Animals. One of their more well known songs called "Today is Pretty Great" was featured in a Honda Civic commercial with the artists seen at the very beginning for a few seconds.


Ty Taylor and Nalle Colt formed Vintage Trouble after setting up a basic home studio in Venice Beach. They invited their mutual friend Rick Barrio Dill to play bass for the band, and then recruited Richard Danielson to play drums. "We got together in 2010", Taylor told Billboard. "It was one of those experiences where everything was lined up. We had all been friends, and had known each other before the band started up. We had known each other in different arenas. I had known Nalle Colt for about fourteen years, and we had tried to play with each other for so long. We were in one right before Vintage Trouble, and things just weren't working out. So, we left, and decided we wanted to do something a little more raw and down to earth." Taylor has said that the line-up of Colt, Danielson, Barrio Dill and himself developed a good chemistry: "It just felt like we were in a family of people that were going to challenge us."


The band then began creating material in the Laurel Canyon neighborhood of Los Angeles. After two weeks of rehearsals in early 2010, the group began playing local area shows and late-night speakeasies. Aiming to emulate mid-century soul music and to use the recording techniques of that era, the band spent a three-day session recording complete takes, turning out 12 new songs for the album The Bomb Shelter Sessions. Such singles as '"Gracefully", "Nancy Lee", "Still & Always Will" and "Blues Hand Me Down" aimed to produce a sound reminiscent of the days of vinyl records and juke joints, and the essence of the original soul movement. The album was produced by Peter McCabe and co-produced by Vintage Trouble themselves. The album was mixed by Rogers Masson.


They initially took their music outside the USA, as part of a strategy conceived by manager Doc McGhee. "If you look at the history of people like Amy Winehouse, Duffy, or James Blunt, they came first and didn't make it. Then, they went back over to England, and blew up. We just decided to go to Europe first, and when they were accepted there, we would have a story to share here. That's basically what happened." McGhee wanted to get them in front of as many people as possible, and the strategy worked. "It was pretty simple. The concept was to get all the Troublemakers together, and those people spread the word. We got Brian May to give us some dates, and also some stadium shows with Bon Jovi. It's just hard work by these guys. They just get up in the morning, and go conquer," he said.


The band joined Brian May and Kerry Ellis for a tour starting in early May 2011, and in June 2011 supported rock band Bon Jovi on the UK leg of their The Circle Tour.


On November 12, the band played at Malsis School, a private prep in North Yorkshire, England. The headmaster invited the band after seeing them on Later... with Jools Holland on BBC Two.


This article uses material from the Wikipedia article "Vintage Trouble", which is released under the Creative Commons Attribution-Share-Alike License 3.0.