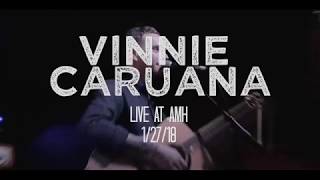 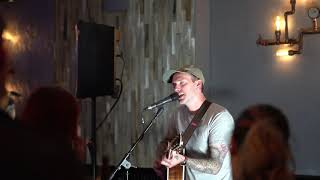 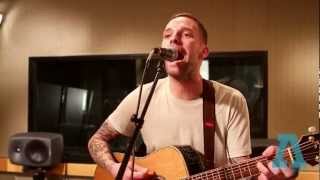 
Vinnie Caruana is an American singer. He is the vocalist for Long Island punk band The Movielife and lead singer/songwriter for the indie/post hardcore band I Am the Avalanche.


The Movielife is a Long Island Melodic hardcore band, composed of vocalist Vinnie Caruana, bassist Phil Navetta, guitarist Brandon Reilly, drummer Evan Baken, and guitarist Alex Amiruddin, until 2001 when Alex Amiruddin left and was replaced by Dan Navetta. The band was active from 1997 to 2003 with brief reunion shows from 2010–2011. The Movielife released three EPs and two full length albums before disbanding. At the 2008 Bamboozle, Caruana was joined by the members of Set Your Goals to perform a set of The Movielife songs.


In 2015, The Movielife played two reunion shows at Irvine Plaza to start a reunion tour.


Peace'd Out is a Los Angeles based Hardcore band which features Vinnie Caruana on vocals, guitarist Steve Choi , bassist Roger Camero , and drummer Casey Deitz . Choi began writing for this project in 2007. The group released a five song EP, Peace'd Out EP, in 2012. The song "Baadering Raam" is about the 1989 Hillsborough disaster.


Caruana routinely performs in New York City in a solo role having played numerous tours. Vinnie released his debut solo EP early 2013 through I Surrender / Run For Cover Records. Caruana will take part of the Acoustic Basement Tour which Thursday vocalist Geoff Rickly, A Loss For Words, and Koji.


This article uses material from the Wikipedia article "Vinnie Caruana", which is released under the Creative Commons Attribution-Share-Alike License 3.0.