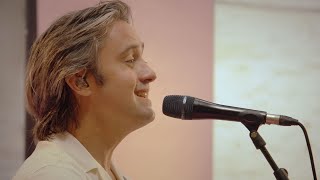 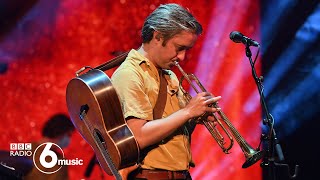 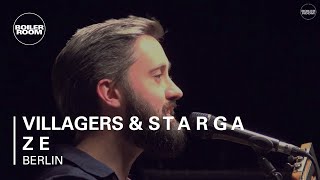 
Villagers are an Irish indie folk band and the musical project of the sole long-term member, Conor J O'Brien who is a singer-songwriter based in Dublin, Ireland.. Widely known for his production, arrangements and thought-provoking lyrics, O-Brien currently releases Villagers material via Domino Recording Co.


Villagers first came to prominence in 2010 with the release of their debut album, Becoming a Jackal. Released to critical acclaim, the album was shortlisted for the 2010 Mercury Prize and the Choice Music Prize. Their second studio album, was released in 2013. It won the Choice Music Prize that year and was also shortlisted for the 2013 Mercury Prize. In 2015 Conor released Villagers' third album, Darling Arithmetic, and the following year Where Have You Been All My Life?—a compilation of live reworkings of some of the band's best-known tracks. In May 2016 Darling Arithmetic won the Ivor Novello award for Best Album. The Art of Pretending to Swim followed in September 2018. Villagers' fifth studio album Fever Dreams was released on 20 August 2021. Villagers have extensively toured in Ireland, UK and Europe, and have made several visits to play in the United States, Japan, Canada and Australia.


Conor O'Brien formed Villagers after the break-up of his previous band The Immediate. The very next day, O'Brien wrote the first song after waking up with a hangover. O'Brien's time as a guitarist in Cathy Davey's band was also critical to the development of his style as he had never before performed alongside anyone outside of The Immediate. Villagers gave their first live performance as a support act with The Chapters at a show in Whelan's in November 2008. At that point the band had previously only rehearsed together on two occasions. They had only seven songs, written by O'Brien and passed on to the rest of the band to learn.


Villagers performed on the seventh series of RTÉ Two's Other Voices television programme in 2009. The band's debut EP, titled Hollow Kind, was released in February 2009. It contained four tracks, all of which were written and performed by O'Brien. The EP brought comparisons with Bright Eyes and Sparklehorse. Villagers then went on tour. They were a support act for Neil Young and toured across Europe with Tracy Chapman.


Villagers appeared at several festivals in 2009. They supported Bell X1 when they performed at Live at the Marquee in Cork on 26 June 2009. They performed at several music festivals in Ireland, including on the Sunday of Oxegen 2009, at Indie-pendence on 2 August and at Electric Picnic 2009, as well as at Latitude Festival in the UK.The Irish Times's Jim Carroll recommended their performance in the Body Soul Arena at Electric Picnic 2009 as "A must-see for those who dig ragged pop, eerie folk and heartfelt, emotional songs and sounds". They headlined Hard Working Class Heroes in 2009, with O'Brien attracting the ire of the audience when he requested some quiet during the performance. They gave a live performance at The Music Show in Dublin's RDS in October 2009.


The debut single of Villagers was "On a Sunlit Stage" and was released in October 2009.


This article uses material from the Wikipedia article "Villagers", which is released under the Creative Commons Attribution-Share-Alike License 3.0.