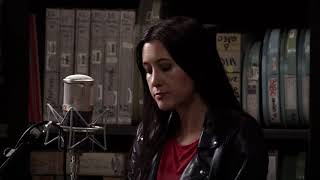 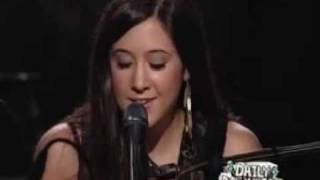 
Vanessa Lee Carlton is an American musician, singer and songwriter. Upon completion of her education at the School of American Ballet, Carlton chose to pursue singing instead, performing in New York City bars and clubs while attending college. Three months after recording a demo with producer Peter Zizzo, she signed with A&M Records. She began recording her album, which was initially unsuccessful until Ron Fair took over. She is currently endorsed by Orange Amps.


Her debut single, "A Thousand Miles", reached the top five on the Billboard Hot 100 in 2002. Her debut album, Be Not Nobody, followed and received a platinum certification in the United States. Her subsequent albums, Harmonium and Heroes & Thieves , failed to match the commercial success of the first. She produced a fourth album, Rabbits on the Run , independently before seeking a record label to release it. Carlton released a holiday EP titled Hear the Bells in November 2012, and released her fifth studio album, Liberman, on October 23, 2015.


Carlton was born in Milford, Pennsylvania, the first of three children of Edmund "Ed" Carlton, a pilot, and Heidi Lee, a pianist and school music teacher. Her two younger siblings are a sister, Gwen, and a brother, Edmund. Carlton is Jewish on her mother's side.


Her interest in music began at an early age. At the age of 2, she visited Disneyland Park and played "It's a Small World" on the piano when she came home. Her mother then began to tutor her. She was introduced to classical music from a young age. By the age of 9, she had become passionate about ballet. In 1994, when Carlton was 14 years old, she enrolled at the School of American Ballet. Upon graduation, she put on vocal performances at nightclubs in the community, beginning to feel more comfortable and dynamic on the stage. Carlton was signed to A&M Records in 2001.


Carlton first met songwriter/producer Peter Zizzo at a singer-songwriter circle. A few months later, Zizzo invited Carlton to his studio to record a demo. Three months after recording the demo, Carlton was signed by Jimmy Iovine and began to record the album, Rinse. It was never released, but a few tracks were reworked for Be Not Nobody. One song, "Carnival", was re-recorded as "Dark Carnival" for the video game SpyHunter 2. Other tracks included in Rinse are "Interlude" , "Rinse", "Ordinary Days" , "Twilight", "Pretty Baby", "All I Ask" and "Superhero". Of these, only the first five are included in her first album, Be Not Nobody. Other unreleased tracks from her early demo tapes include "Faces", "Meggie Sue", "Little Mary", "Burden", "Wonder", "Devil Dance" and "Last Fall".


With her previous unsuccessful recording efforts, Carlton felt there was a lack of direction at her label. However, A&M president Ron Fair upon hearing her demo to "A Thousand Miles", began organizing recording sessions for the song, producing and arranging the song himself. It became a hit, peaking inside the top five on the Billboard Hot 100 and went on to become the sixth-most-played song of the year, as well as garnering Grammy Award nominations for "Record of the Year", "Song of the Year", and "Best Instrumental Arrangement Accompanying Vocalist". Fair would produce the rest of the album. Be Not Nobody was subsequently released in April 2002 and debuted at number five on the Billboard 200 albums chart with 102,000 units sold. It went on to sell more than two million copies worldwide. Two more singles, "Ordinary Day" and "Pretty Baby" were released. Carlton began touring in support of her debut album, opening for the Goo Goo Dolls and Third Eye Blind, before headlining her own tour at the end of 2002. She later toured Europe in 2003.


This article uses material from the Wikipedia article "Vanessa Carlton", which is released under the Creative Commons Attribution-Share-Alike License 3.0.