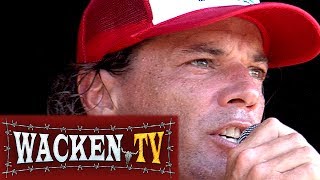 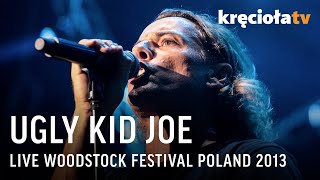 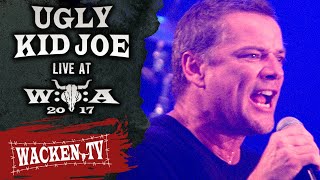 
To date, Ugly Kid Joe have released four full-length albums, two compilation albums and two EPs. Their best selling records are As Ugly as They Wanna Be and America's Least Wanted , which were both certified double platinum by the RIAA; the former is notable for being the first EP to go platinum. The band broke up in 1997, but announced a reunion in 2010 and has ever since both reformed and recommenced activity.


Childhood friends Whitfield Crane and Klaus Eichstadt took an interest in music while growing up in Palo Alto, California. In 1989 James Lambert and Eichstadt joined Crane's band in Isla Vista, California, and the trio recorded a demo with another Palo Alto native, record producer Eric Valentine. After several band member changes, the band signed with Mercury Records in 1991. By this time the As Ugly as They Wanna Be line-up was formed; consisting of Crane, Eichstadt, Mark Davis, Roger Lahr, and Cordell Crockett.


Initially named Overdrive, then Suburban White Alcoholic Trash, the band got its name Ugly Kid Joe as a parody of L.A. glam band Pretty Boy Floyd, initially for a one night show in Santa Barbara opening for Pretty Boy Floyd. Pretty Boy Floyd would pull out of the show and have the gig cancelled, but the band decided to keep the name.


The band became popular in the early 1990s, mixing satirical humor and heavy metal. Its logo was a cartoon embodiment of an "ugly kid" wearing a backwards baseball hat and giving the finger. Heavily influenced by Black Sabbath, Ugly Kid Joe covered several of the veteran band's songs, including "Sweet Leaf" and "N.I.B." The group toured the United States several times, making its second tour in support of Scatterbrain, and later opening for former Black Sabbath lead vocalist Ozzy Osbourne.


The band released the EP As Ugly as They Wanna Be in October 1991, garnering success in 1992 with the single "Everything About You", which peaked at No. 3 in the UK Singles Chart and made it into the Billboard Top 10. Later in the year, the song would be used in the movie Wayne's World. As Ugly As They Wanna Be went on to sell over one million copies in the U.S. alone.


This article uses material from the Wikipedia article "Ugly Kid Joe", which is released under the Creative Commons Attribution-Share-Alike License 3.0.