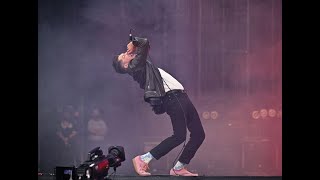 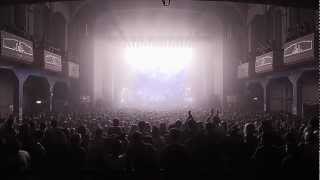 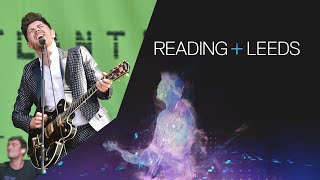 
Twin Atlantic are a Scottish alternative rock band from Glasgow, Scotland. The group currently consists of Sam McTrusty and Ross McNae . Lead guitarist Barry McKenna departed from the band in 2019, but continues to perform with the band at their live shows. Craig Kneale "decided to step back" from the band in September 2021, just a day after the release of their song "One Man Party" from their most recent album Transparency. They have released six albums: Vivarium, Free, Great Divide, GLA, Power, and Transparency. Their highest charting single is "Heart and Soul" from Great Divide, which peaked at number 17 on the UK Singles Chart. On 2 June 2016, Annie Mac premiered "No Sleep" as the Hottest Record in the World on BBC Radio 1 and announced their album GLA, subsequently released on 9 September 2016.


Twin Atlantic formed in 2006. All members previously played in other small local bands. During 2007 they built up a strong reputation both locally and nationally. Twin Atlantic supported Circa Survive and mewithoutYou before recording their debut EP A Guidance from Colour at Long Wave Studio in Cardiff with producer Romesh Dodangoda . This culminated in the release of their first single, "Audience & Audio", on 24 December 2007 and debut EP on 14 January 2008.


Building on support from Kerrang! and a loyal fan base, the band's profile was boosted enough for them to land support slots with Biffy Clyro and they were personally chosen by Jimmy Chamberlin to support Smashing Pumpkins at Glasgow's SECC in early February. Over the following months, they also supported American acts the Matches, Finch and Say Anything on their respective UK tours.


The band signed a single deal with King Tut's Recordings, and "What Is Light? Where Is Laughter?" was released on 29 September 2008. They also completed a joint headline tour of Scotland with the Xcerts and their first set of solo headline dates across the UK.


In March 2009, Twin Atlantic released their debut mini-album, Vivarium. They released the lead single "Lightspeed" as a free download from their website on 29 July 2009, with a bonus acoustic version of the track also available. The follow-up single "You're Turning Into John Wayne" was released on 7 September 2009, with the mini-album released a week later.


This article uses material from the Wikipedia article "Twin Atlantic", which is released under the Creative Commons Attribution-Share-Alike License 3.0.