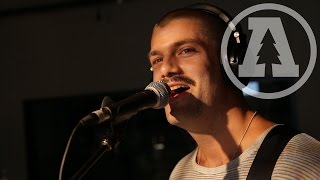 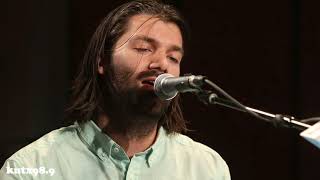 Turnover - Still In Motion (Live in KUTX Studio 1A) 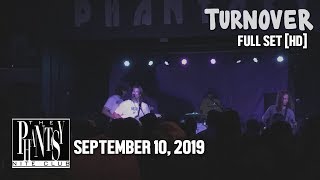 
Turnover is an American rock band from Virginia Beach, Virginia. Formed in 2009, the band is signed with the Run for Cover Records label. Turnover has released four albums, two EPs and a handful of singles.


The band went on a 25 date tour in March and April 2015, supporting New Found Glory. In March 2015, the band announced plans to release their second studio album, titled Peripheral Vision in May via Run For Cover. The album's lead single, "Cutting My Fingers Off", came out on March 16, 2015. The album was released on May 4, 2015.


The band continued as a three-piece, with a fill-in lead guitarist joining them for touring commitments. The band's third album, Good Nature, was announced for an August 2017 release days later. The lead single, "Super Natural," was released to YouTube and streaming services on the same day. The album was produced by Will Yip and released on Run for Cover.


This article uses material from the Wikipedia article "Turnover", which is released under the Creative Commons Attribution-Share-Alike License 3.0.