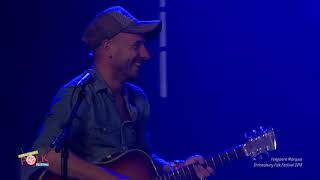 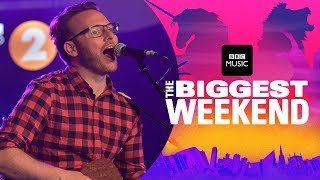 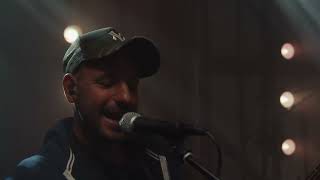 
Turin Brakes are an English band, comprising original duo of Olly Knights and Gale Paridjanian, and long-term collaborators Rob Allum and Eddie Myer. They had a UK top 5 hit in 2003 with their song "Painkiller ". Since starting out in 1999, the band have sold around one million records worldwide. They are currently signed to Cooking Vinyl.


The band was started by long-time friends Knights and Paridjanian. The two met at a young age and spent much of their childhood together, both receiving guitars as Christmas presents at the age of 10. Although they split after Knights went to film school and Paridjanian attempted to form a band in Toronto, Ontario, Canada, they soon reunited and collaborated on what would later become their first EP, The Door, which was eventually released through Anvil Records in 1999 as a limited vinyl release. This led to the band attracting the attention of larger record labels. Source Records would eventually release two more EPs, The State of Things EP and Fight or Flight, prompting NME to proclaim "Turin Brakes inhabit a space which is entirely their own, fully formed and brutally emotive... give them the devotion they deserve."


Source reissued the song "The Door" before releasing their first album, The Optimist LP, in 2001. The album, which was released in the United States by Astralwerks, was greeted with critical praise, spawned several modestly successful UK singles, "Underdog " ), Mind Over Money ) and "Emergency 72", and received a nomination for the Mercury Music Prize. In August 2001, the album was certified Gold by the British Phonographic Industry. A planned tour of the United States opening for the Stereophonics and Matthew Jay, was cancelled due to the September 11 terrorist attacks. Still, the band played at over 80 venues in Europe and the United States that year.


Early 2002, the band started work on their second album. After demo sessions in Rye, United Kingdom, the band flew to Los Angeles, California to record with producer Tony Hoffer in the Summer of 2002. In October 2002, this resulted in single Long Distance ) and an arena tour supporting David Gray.


In February 2002, the band embarked on their biggest headline tour to date, covering 24 UK venues in a month, including two sold-out shows at Brixton Academy, a venue they frequently visited when growing up. On 1 March 2003, their single "Painkiller" became their biggest hit to date, reaching the top 5 of the singles chart.


Turin Brakes' second album, Ether Song, was released on 3 March 2003. The album was a departure from the acoustic sound that had brought them success with their first album. The album was popular enough to reach number 4 in the UK Albums Chart upon its release and to be certified Gold by the British Phonographic Industry four days after the release, on 7 March 2003.


This article uses material from the Wikipedia article "Turin Brakes", which is released under the Creative Commons Attribution-Share-Alike License 3.0.