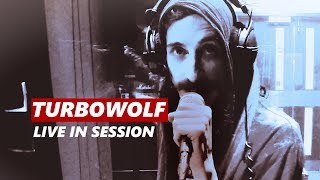 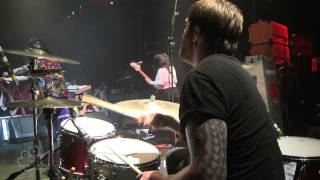 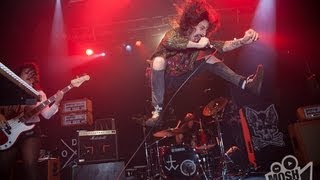 
Turbowolf are an English rock band founded in Bristol, whose members include Chris Georgiadis , Andy Ghosh , Lianna Lee Davies and Blake Davies . Their first album, Turbowolf, was released on 11 November 2011 on Hassle Records.


The media have so far struggled to categorise the band's music, partly due to their diverse influences. However, their sound contains elements of rock 'n' roll, psychedelia, heavy metal, punk rock and electronica.


Before releasing their first album, Turbowolf spent several years developing their musical style in a series of UK tours and shows with the likes of The Eighties Matchbox B-Line Disaster, The Computers, Pulled Apart by Horses and Dinosaur Pile-Up. In 2010, they also toured in Europe with Korn and Dimmu Borgir. The band has also been very active on the festival circuit, with performances at Download, Sonisphere, Lovebox, Great Escape, SXSW, Boardmasters and Hevy among others.


Shortly after signing to Hassle Records in June 2011, Turbowolf released "A Rose for the Crows" as their first single. The video, directed by Stephen Agnew, was previewed exclusively on Kerrang! magazine's website. The second single "Read & Write" had a heavily psychedelic video , which was premiered on NME magazine's website.


An EP titled Covers EP Vol 1 with cover versions of four songs was released in October 2012.


In April 2014, Turbowolf released another single, "Solid Gold", which was available as a free download on Kerrang! magazine's website which also hosted the accompanying video.


This article uses material from the Wikipedia article "Turbowolf", which is released under the Creative Commons Attribution-Share-Alike License 3.0.