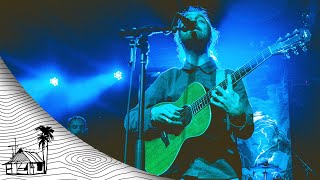 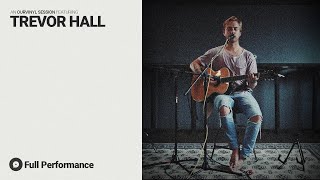 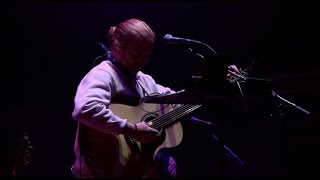 
Trevor Hall is an American singer-songwriter and guitarist. His music is a mix of roots, folk, and reggae. Many of Hall's themes revolve around spirituality and life exploration.


His album, KALA, written in Hawaii and recorded in Los Angeles, was released on August 21, 2015. It debuted at No. 2 on the iTunes singer-songwriter chart.


Released on June 1, 2018, The Fruitful Darkness was Hall's first completely independent release. After working with established labels for the first decade of his career, this project was supported solely by his fans and was the No. 1 music campaign in 2017 on KickStarter.Relix praised the album, saying "The Fruitful Darkness takes stock of Hall's inner world and, as you observe him wade through the abyss, he challenges you to do the same."


Released on September 25, 2020, In And Through The Body was another of Hall's completely independent release. Described as his most mature sound yet, the album "touches on the timeless human themes of love, struggle, growth and redemption," utilizing a "palette of genres that span from folk, roots-rock, indie, and electronic, all with a consistent wash of authentic far-Eastern influence."


Trevor Hall was a guest on Danica Patrick's podcast "Danica Patrick Pretty Intense." Patrick praised Hall's music, saying he "has a lot of heart, a lot of soul. He writes it all himself. He just has a really cool story."


This article uses material from the Wikipedia article "Trevor Hall", which is released under the Creative Commons Attribution-Share-Alike License 3.0.