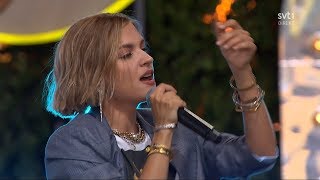 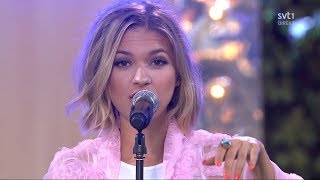 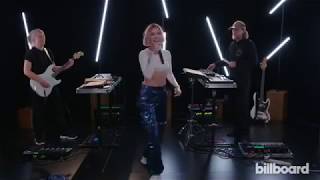 
Tove Anna Linnéa Östman Styrke ; born 19 November 1992) is a Swedish singer and songwriter. She gained popularity as a contestant on Swedish Idol 2009, finishing in third place. After the show, she started a solo career in electropop. She released her debut album Tove Styrke in 2010. The New York Post included Styrke in its list of "10 Artists to Know in 2011". In 2015, she released her second album, Kiddo. Three years later, in 2018, she released her third album, Sway. Throughout the 2010s Styrke gained an increasing critical acclaim as an independent artist resulting in her single "Say My Name" being included in Rolling Stone's 100 best songs of the decade.


Styrke was born in Umeå, Sweden. She has two sisters, one younger and one older. Her father, musician Anders Östman, scored a number one hit on the Swedish radio chart, Svensktoppen, in 1975 with the song "Vindens melodi" performed by his dansband Max Fenders. Her mother was a ballet instructor and Styrke took classes from her at an early age.


After competing on Swedish Idol 2009 and finishing in third place, Styrke was signed by Sony Music label in December 2009. In June 2010, she released her first single, "Million Pieces", which was co-written by Adam Olenius from Shout Out Louds and Lykke Li.


On 12 November 2010, she released her debut album, Tove Styrke. The album was produced by Patrik Berger, Lotus & 2manyfreckles, Peter Ågren, Janne Kask and Paw. It peaked at number 10 on the Swedish single chart, spending 35 weeks on the top album charts in Sweden. It was first certified gold, then later received platinum certification in Sweden. The majority of the album was co-written by Styrke. The album was later re-released in March 2012 in Germany with two new songs: "Call My Name" and "Sticks and Stones". Her second single, "White Light Moment", charted at number five on the Swedish top singles chart and received gold certification. It eventually peaked at number two. "White Light Moment" was later nominated for "Best Song of the Year" at Grammisgalan 2012, the Swedish equivalent of the Grammy Awards.


In January 2011, Styrke won the "Best Newcomer" award at P3 Guld. At ceremony, she performed a remixed version of "Million Pieces" by Swedish record producer Familjen. In February 2011, Styrke issued her first EP, High and Low, featuring six remixes of the title track. In April 2011, Styrke was featured in an IKEA commercial, where she performed the Swedish lullaby "Byssan Lull".


On 19 August 2011, the promotional single "Call My Name" was released on digital download. The song peaked at number six on the Swedish Singles Chart. "Call My Name" was later nominated for "Best Song of the Year" at P3 Guld. That same month, Stryke joined other Swedish artists, collectively called Kedjan, to release a charity single called "Ringar på vattnet" , benefiting Radiohjälpen's charity efforts fighting famine in the Horn of Africa. In September 2011, the Swedish band Caotico collaborated with Styrke on their single released "Brains Out". She also appeared in the music video for the single.


This article uses material from the Wikipedia article "Tove Styrke", which is released under the Creative Commons Attribution-Share-Alike License 3.0.