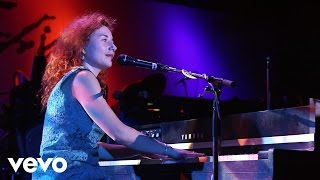 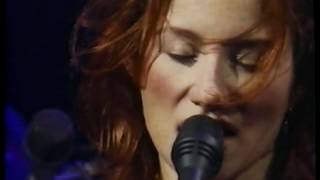 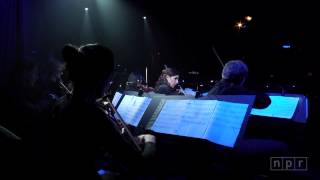 
Tori Amos is an American singer-songwriter and pianist. She is a classically trained musician with a mezzo-soprano vocal range. Having already begun composing instrumental pieces on piano, Amos won a full scholarship to the Peabody Institute at Johns Hopkins University at the age of five, the youngest person ever to have been admitted. She had to leave at the age of eleven when her scholarship was discontinued for what Rolling Stone described as "musical insubordination". Amos was the lead singer of the short-lived 1980s pop group Y Kant Tori Read before achieving her breakthrough as a solo artist in the early 1990s. Her songs focus on a broad range of topics, including sexuality, feminism, politics, and religion.


Her charting singles include "Crucify", "Silent All These Years", "God", "Cornflake Girl", "Caught a Lite Sneeze", "Professional Widow", "Spark", "1000 Oceans", "Flavor" and "A Sorta Fairytale", her most commercially successful single in the U.S. to date. Amos has received five MTV VMA nominations and eight Grammy Award nominations, and won an Echo Klassik award for her Night of Hunters classical crossover album. She is listed on VH1's 1999 "100 Greatest Women of Rock and Roll" at number 71.


Amos is the third child of Mary Ellen and Edison McKinley Amos. She was born on August 22, 1963 at the Old Catawba Hospital in Newton, North Carolina, during a trip from their Georgetown home in Washington, D.C., and was named Myra Ellen Amos. Of particular importance to her as a child was her maternal grandfather, Calvin Clinton Copeland, who was a great source of inspiration and guidance, offering a more pantheistic spiritual alternative to her father and paternal grandmother's traditional Christianity.


When she was two years old, her family moved to Baltimore, Maryland, where her father had transplanted his Methodist ministry from its original base in Washington, D.C. Her older brother and sister took piano lessons, but Tori did not need them. From the time she could reach the piano, she taught herself to play: when she was two, she could reproduce pieces of music she had only heard once, and, by the age of three, she was composing her own songs. She has described seeing music as structures of light since early childhood, an experience consistent with chromesthesia:


The song appears as light filament once I've cracked it. As long as I've been doing this, which is more than thirty-five years, I've never seen the same light creature in my life. Obviously similar chord progressions follow similar light patterns, but try to imagine the best kaleidoscope ever—after the initial excitement, you start to focus on each element's stunning original detail. For instance, the sound of the words with the sound of the chord progression combined with the rhythm manifests itself in a unique expression of the architecture of color-and-light. ... I started visiting this world when I was three, listening to a piece by Béla Bartók; I visited a configuration that day that wasn't on this earth. ... It was euphoric.


At five, she became the youngest student ever admitted to the preparatory division of the Peabody Institute. She studied classical piano at Peabody from 1968 to 1974. In 1974, when she was eleven, her scholarship was discontinued, and she was asked to leave. Amos has asserted that she lost the scholarship because of her interest in rock and popular music, coupled with her dislike for reading from sheet music.


This article uses material from the Wikipedia article "Tori Amos", which is released under the Creative Commons Attribution-Share-Alike License 3.0.