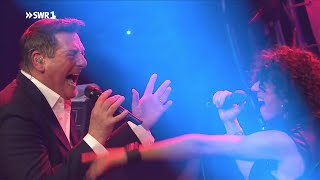 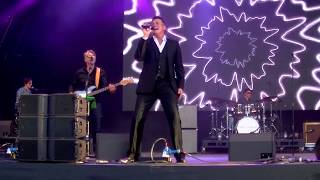 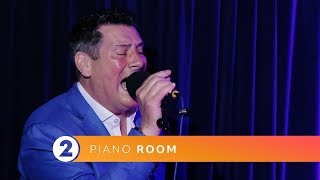 
Anthony Patrick Hadley MBE is an English singer-songwriter, actor and radio presenter. He rose to fame in the 1980s as the lead singer of the New Romantic band Spandau Ballet and launched a solo career following the group's split in 1990. Hadley returned to the band in 2009 but left again in 2017. Hadley is known for his "expressive voice" and "vocal range".


Anthony Patrick Hadley was born the first of three children at the Royal Free Hospital in Islington, North London. He has a sister, Lee, and a brother, Steve. His father, Patrick Hadley, worked as an electrical engineer for the Daily Mail, and his mother, Josephine, worked for the local health authority.


Hadley co-founded Spandau Ballet in 1976 as The Cut, with Gary Kemp, Steve Norman, John Keeble and Michael Ellison, all of whom were students at Dame Alice Owen's Grammar School. As a member of Spandau Ballet, Hadley went on to enjoy international success in the 1980s, including hits such as "True", "Gold" and "Through the Barricades", as well as appearing at Live Aid in 1985.


As the lead singer of Spandau Ballet, Hadley became known for his suave image, as well as his powerful voice, which has been described by AllMusic as a "dramatic warble". In his book on the New Romantics, music journalist and author Dave Rimmer described his voice as "like a foghorn—if a foghorn could be imagined trying to emulate both Sinatra and Bowie". His Spandau Ballet bandmate Steve Norman described him as having "a massive vocal range". According to Tim Rice, Hadley had a "strong and expressive voice that few of his contemporaries came near to matching".


Spandau Ballet disbanded in 1990 after their final studio album, Heart Like a Sky, failed to live up to the critical and commercial success of their earlier albums, such as True and Parade, and was not released in the United States.


In April 1999, Hadley, along with fellow band members Steve Norman and John Keeble, failed in their attempt to sue Gary Kemp, the band's songwriter, for a share of his royalties. On 25 March 2009, it was confirmed that the band had reformed with Hadley and were embarking on a tour of the UK and Ireland in October 2009. Hadley remained a member of the band intermittently until 2017, when he announced his permanent departure. He later said in 2020: "I'd rather be happy on my own than be in that band again." In 1991, the Spandau Ballet song "True" was sampled by the American hip hop act P.M. Dawn for their song "Set Adrift on Memory Bliss". It achieved immediate commercial success, hitting number one the week of 30 November 1991 on the Billboard Hot 100 chart, while also reaching No. 3 in the United Kingdom. Hadley also made a cameo appearance in the music video for the song.


This article uses material from the Wikipedia article "Tony Hadley", which is released under the Creative Commons Attribution-Share-Alike License 3.0.