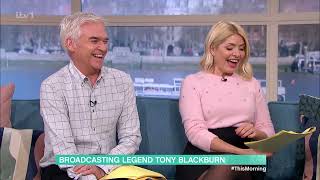 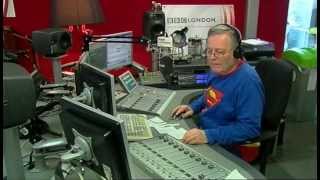 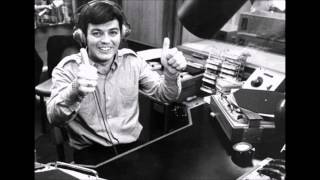 
Anthony Kenneth Blackburn is an English disc jockey, singer and TV presenter. He first achieved fame broadcasting on the pirate stations Radio Caroline and Radio London in the 1960s, before joining the BBC, on the BBC Light Programme. He was the first disc jockey to broadcast on BBC Radio 1 at its launch, on 30 September 1967, and has had several stints working for the corporation. He has also worked for Capital London and Classic Gold Digital, and currently BBC Radio 2, BBC Local Radio, and British Forces Broadcasting Service. He has also had a singing career.


In 2002 Blackburn was the first winner of the British reality TV series I'm a Celebrity...Get Me Out of Here!


Blackburn was born in Guildford, Surrey, on 29 January 1943, but in 1946 his family moved to Poole, Dorset, where his youngest sister, Jacqueline, was born. His sister was born suffering from polio and was unable to walk since birth. Blackburn's father, Kenneth Fleming Blackburn, was a GP and his mother, Pauline Cubitt , was a nurse. He was educated at Castle Court School in Parkstone, Poole, Dorset. He gained entry to Millfield in Somerset on a sports scholarship and captained the school's cricket team.


Blackburn left before taking any examinations, but gained O-levels following private tuition, and enrolled for an HND course in Business Studies at Bournemouth Technical College.


After beginning his career as a singer, Blackburn then worked as a DJ for the offshore pirate radio stations Radio Caroline and Radio London , before joining the BBC in the summer of 1967, initially broadcasting on the BBC Light Programme.


After a simulcast with BBC Radio 2 hosted by Paul Hollingdale, Blackburn was the first DJ to be heard on BBC Radio 1 when it officially launched at 7 am on 30 September 1967, with his first words on the new station being "And good morning everyone! Welcome to the exciting new sound of Radio 1!"The Move's "Flowers in the Rain" was the first complete record he played. Blackburn recalled in 2014: "My job was to entertain and tell corny jokes, not have opinions or talk politics. If I wanted to wish the Queen a happy birthday, I had to get clearance from above." In the early years of his Radio 1 career Blackburn often employed an audio clip of a barking dog, "Arnold", which he had previously used at Radio Caroline and Radio London.


This article uses material from the Wikipedia article "Tony Blackburn", which is released under the Creative Commons Attribution-Share-Alike License 3.0.