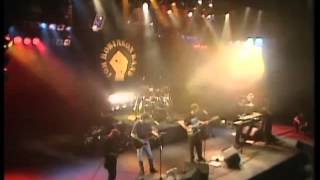 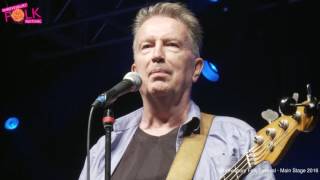 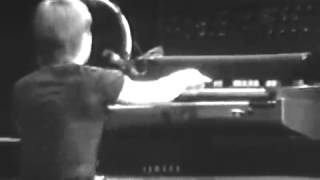 
Thomas Giles Robinson is a British singer-songwriter, bassist, radio presenter and long-time LGBT rights activist, best known for the hits "Glad to Be Gay", "2-4-6-8 Motorway", and "Don't Take No for an Answer", with his Tom Robinson Band. He later peaked at No. 6 in the UK Singles Chart with his solo single "War Baby".


Tom Robinson was born into a middle-class family in Cambridge on 1 June 1950. He attended Friends' School, Saffron Walden, a co-ed privately funded Quaker school, between 1961 and 1967. He played guitar in a trio at school called 'The Inquisition'. Robinson has two brothers, Matthew and George, and a sister, Sophy.


At the age of 13, Robinson realised that he was gay when he fell in love with another boy at school. Until 1967, male homosexual activity was a crime in England, punishable by prison. He had a nervous breakdown and attempted suicide at 16. A head teacher got him transferred to Finchden Manor, a therapeutic community, in Kent, for teenagers with emotional difficulties, where he spent his following six years. At the community, Robinson was inspired by John Peel's The Perfumed Garden on pirate Radio London, and by a visit from Alexis Korner. The legendary bluesman and broadcaster transfixed a roomful of people, using nothing but his voice and an acoustic guitar. The whole direction of Robinson's life and career became suddenly clear to him.


In 1973, Robinson moved to London and joined the acoustic trio Café Society. They impressed Ray Davies, of The Kinks, enough for him to sign them to his Konk label and produce their debut album. According to Robinson, Davies's other commitments made the recording a lengthy process and, after it sold only 600 copies, he left the band. Subsequently, when the Tom Robinson Band were playing at the Nashville Rooms in London, Robinson saw Davies enter and sarcastically performed The Kinks' hit "Tired of Waiting for You". Davies retaliated with the less-than-complimentary Kinks single "Prince of the Punks", about Robinson.


In London, Robinson became involved in the emerging gay scene and embraced the politics of gay liberation, which linked gay rights to wider issues of social justice. Inspired by an early Sex Pistols gig, he founded the more political Tom Robinson Band in 1976. The following year the group released the single "2-4-6-8 Motorway", which peaked at No. 5 in the UK Singles Chart for two weeks. The song alludes obliquely to a gay truck driver. In February 1978, the band released the live extended play Rising Free, which peaked at No. 18 in the UK Singles Chart and included his anthemic song "Glad to Be Gay", originally written for a 1976 London gay pride parade. The song was banned by the BBC. In May 1978, the band released its debut album, Power in the Darkness, which was very well received, peaking at No. 4 in the UK Albums Chart, and receiving a gold certification by the BPI. Their second album, TRB Two , however, was a commercial and critical failure, and the band broke up four months after its release.


In 1979, Robinson co-wrote several songs with Elton John, including his minor hit "Sartorial Eloquence ", which peaked at No. 39 in the U.S. Billboard Hot 100 and a song about a young boy in boarding school who has a crush on an older student called "Elton's Song". It was recorded, but not released until 1981 on the album The Fox. He played two songs live— "Glad to be Gay" and "1967 " — during June of that year at The Secret Policeman's Ball .


This article uses material from the Wikipedia article "Tom Robinson", which is released under the Creative Commons Attribution-Share-Alike License 3.0.