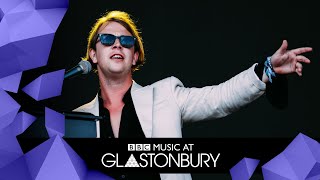 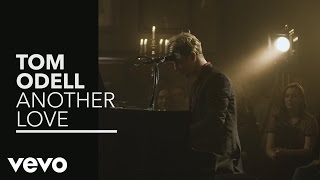 
Thomas Peter Odell is an English singer-songwriter. He released his debut extended play, Songs from Another Love, in 2012 and won the BRITs Critics' Choice Award in early 2013. His debut studio album, Long Way Down, was issued on 24 June 2013. His second studio album, Wrong Crowd, was released on 10 June 2016. In October 2018, his third studio album, Jubilee Road was released.


Odell was born in Chichester, West Sussex, England, to an airline pilot father and a primary school teacher mother. He has an older sister. He spent part of his childhood in New Zealand because of his father's job. He was educated at Seaford College.


Throughout his school years, Odell wrote songs in a band that had trouble maintaining a lead singer. This trouble inspired him to start singing the songs he wrote, and Odell says he "sang how wanted them to sound" rather than worrying about someone else not bringing his vision to life.


At 18, Odell abandoned plans to attend the University of York and attempted to gain a place at a music college in Liverpool. A year later, he moved back to Chichester after being made redundant from his job as a barman. Using his grandmother's car, he travelled regularly to London to play shows and to put advertisements in music schools. He studied at the British and Irish Modern Music Institute in Brighton playing as part of the band Tom & the Tides before moving to London where he decided to become a solo artist because he "didn't want to have to rely on people".


Odell is signed to In the Name Of, an imprint of Columbia Records. He was discovered by the label head Lily Allen, who remarked that "his energy onstage reminded me of David Bowie". He released his debut extended play, Songs from Another Love, in October 2012. He made his television debut in November 2012 as a performer on Later... with Jools Holland; the show's producer Alison Howe later described it as "a classic Later debut". Odell was announced as one of 15 nominees for the BBC Sound of 2013 poll in January 2013. Also that month, his single "Another Love" was used by the BBC to advertise their 2013 schedule. Odell's music has been used in numerous Burberry fashion runway shows. He was named the BRITs' Critics' Choice Award winner, previously won by artists such as Adele and Florence and the Machine and was the first male artist to win the award, and was interviewed alongside previous winner Emeli Sandé during the television ceremony in February 2013.


Odell's debut album, Long Way Down, was released on 24 June 2013 and reached No. 1 in the UK Official Chart. He was due to support The Rolling Stones at London's Hyde Park on 13 July 2013, but was unable to perform because of illness.


This article uses material from the Wikipedia article "Tom Odell", which is released under the Creative Commons Attribution-Share-Alike License 3.0.