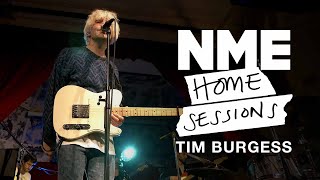 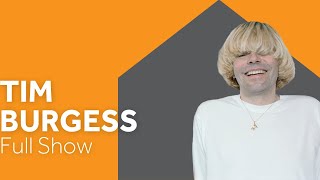 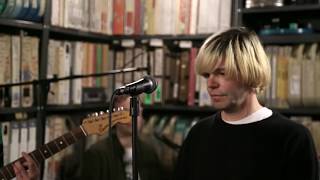 
Timothy Allan Burgess is an English musician, singer-songwriter and record label owner, best known as the lead singer of the alternative rock band the Charlatans.


Burgess was born in Salford, and grew up in Moulton, near Northwich, Cheshire.


Burgess was initially the lead singer in The Electric Crayons released on the Bam-Caruso record label), who released one single, "Hip Shake Junkie".


Burgess then joined the Charlatans, who were largely influenced by acid house, 1960s-era West Coast psychedelia and the Syd Barrett era of Pink Floyd. The Charlatans' debut single "Indian Rope" was successful, and the group subsequently signed to Situation Two, an offshoot of the Beggars Banquet label. In 1990 they released the single "The Only One I Know" on the imprint, which charted in the top 10 of the UK Singles Chart. The band have released twelve studio albums to date.


Before the release of the 2004 Charlatans album Up at the Lake, Burgess was living in Los Angeles in the US, away from the other band members who were still based in England. He explained the band's process during that period in a 2012 interview:


"I'm back in London now, but Mark and Tony enjoyed trips out to Los Angeles and we used Los Angeles as a writing tool. I loved the idea of incorporating a city into your music. We used LA quite a lot."


This article uses material from the Wikipedia article "Tim Burgess", which is released under the Creative Commons Attribution-Share-Alike License 3.0.