Thy Art Is Murder Tickets Birmingham 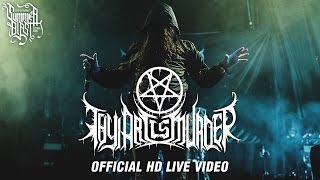 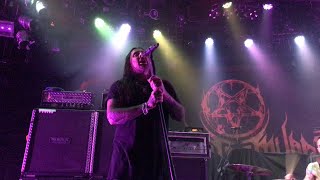 About Thy Art Is Murder


Thy Art Is Murder is an Australian deathcore band from Blacktown that formed in 2006. The band consists of vocalist Chris "CJ" McMahon, guitarists Sean Delander and Andy Marsh, drummer Jesse Beahler and bassist Kevin Butler. Thy Art Is Murder has released five studio albums since formation.


Their 2008 EP Infinite Death, reached position no. 10 on the AIR Charts upon release, and their second full-length album Hate debuted at no. 35 on the ARIA Charts, making them the first extreme metal band to ever reach the Top 40 of this chart. The album also reached no. 1 on AIR and both no. 2 and no. 4 respectively on the US and Canadian iTunes metal charts on its week of release.


The band's following albums Holy War and Dear Desolation charted on US Billboard 200. Human Target was released in July 2019.


Formed in 2006, in the Western Sydney locality of Blacktown, the group originally consisted of vocalist Brendan van Ryn, guitarists Gary Markowski and Sean Delander, bassist Josh King and drummer Lee Stanton. Building on a loyal following among fans of deathcore in Western Sydney, they recorded a three track demo This Hole Isn't Deep Enough for the Twelve of You. They returned to the studio in 2008 to record the EP Infinite Death, which gained them further attention for van Ryn's sacrilegious and misogynistic lyrics and song titles. The EP reached number 10 on the AIR Charts.


Following two years of relentless national touring, it was announced in 2008 that van Ryn was about to depart from the group. It was initially claimed that he left the group due to creative differences and an inability to keep up with their evolving death metal sound. However it was later claimed in 2013 that van Ryn was replaced because "he couldn't sing and he had a massive attitude problem." Thy Art Is Murder searched for a year for a new vocalist, until finding Chris "CJ" McMahon from Sydney metalcore band Vegas in Ruins. The band were so impressed with his death growl vocals that he was incepted into the band during 2009. Bassist Mick Lowe replaced King shortly before the band began tracking demos for their first full-length album The Adversary. The demos recorded in 2009 included early versions of the songs "Engineering the Antichrist" and "Cowards Throne". In 2010, the group began recording the album's final recording sessions and completed the album during the summer of 2010. The album was released on 16 July 2010.


Thy Art Is Murder supported the release of The Adversary with Canadian deathcore band Despised Icon's Australian leg of their Farewell Tour, which also included The Red Shore.


This article uses material from the Wikipedia article "Thy Art Is Murder", which is released under the Creative Commons Attribution-Share-Alike License 3.0.

Thy Art Is Murder Tour