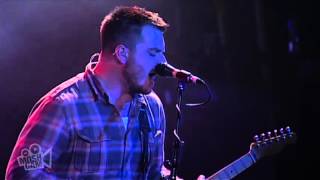 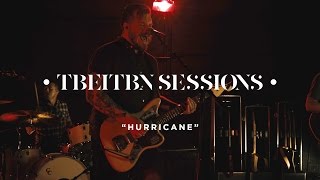 
Thrice is an American rock band from Irvine, California, formed in 1998. The group was founded by guitarist/vocalist Dustin Kensrue and guitarist Teppei Teranishi while they were in high school.


Early in their career, the band was known for fast, hard music based in heavily distorted guitars, prominent lead guitar lines, and frequent changes in complex time signatures. This style is exemplified on their second album, The Illusion of Safety and their third album The Artist in the Ambulance . Their fourth album Vheissu made significant changes by incorporating electronic beats, keyboards, and a more experimental sound. In 2007 and 2008, Thrice released The Alchemy Index, consisting of two studio albums that together make a four-part, 24-song cycle. Each of the four six-song EPs of the Alchemy Index features significantly different styles, based on different aspects of the band's musical esthetic which reflect the elemental themes of fire, water, air and earth, both lyrically and musically. The band's seventh album, entitled Beggars, was released on August 11, 2009, and their eighth, Major/Minor on September 20, 2011. The most recent albums feature a refined combination of the band's different experiments and explorations. In 2011, Thrice announced a final tour and an imminent hiatus.


Kensrue and Teranishi decided to reform the band in 2015 after attending a Brand New concert. In 2016, Thrice released their first post-reunion album, To Be Everywhere Is to Be Nowhere. The band's tenth album, Palms, was released in 2018. Each album released by Thrice has had a portion of its sales proceeds donated to a new charitable organization.


Dustin Kensrue and Teppei Teranishi knew each other from school and had played in a band called Chapter 11. Teppei recruited his skate park friend Eddie Breckenridge to play bass, who then brought his brother Riley on as a drummer. In 1998, before their first show, they realized they needed a name. Hard-pressed for time, they decided to go with the name 'Thrice' out of desperation. Thrice was initially an inside joke between the band members, and they were going to use it only temporarily for their first show. However, they began to gain fans with the name, and people started to associate them with it, so they were forced to keep it.


In 1999, the band self-released an EP titled First Impressions which was the product of a two-day session at A-Room Studios with Brian Tochilin. Only 1,000 copies were made and the band members sold them out of their cars. Working with Death by Stereo's Paul Miner, the quartet recorded twelve tracks, and by April 2000, the group had released Identity Crisis on Greenflag Records. A portion of the album's proceeds were donated to a local charity called Crittenton Services for Children and Families. More support gigs and local buzz followed, and Thrice sparked the interest of Hopeless/Sub City's Louis Posen. In 2001, Posen signed with the band, reissued Identity Crisis, and sent the group out on tour with Samiam. Tours with Midtown and Hot Rod Circuit followed.


Thrice re-entered the studio with producer Brian McTernan to record its Hopeless/Sub City debut, The Illusion of Safety. The album was released in February 2002. The band toured extensively to support it, opening for Further Seems Forever and Face to Face before embarking on its first headlining tour later that year. The band again donated a portion of the album's proceeds, this time choosing a non-profit youth shelter in South Central Los Angeles, A Place Called Home. The band's donations were matched by their label.


This article uses material from the Wikipedia article "THRICE", which is released under the Creative Commons Attribution-Share-Alike License 3.0.