This Will Destroy You Tickets Leeds 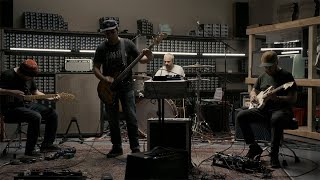 Songs at the Shop: Episode 24 - This Will Destroy You 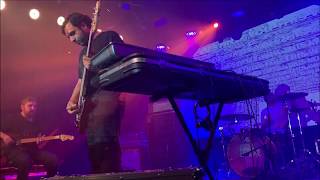 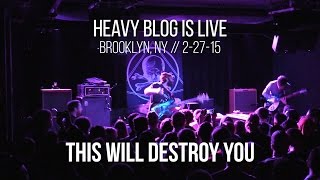 About This Will Destroy You

This Will Destroy You is an American post-rock band from San Marcos, Texas, formed in 2004. They typically compose lengthy atmospheric instrumental pieces, featuring layers of effects-laden guitar and a heavy usage of dynamics. Their fourth album Another Language, released in 2014, entered the Billboard Heatseekers Album Chart at number 7.


This Will Destroy You was formed by guitarists Jeremy Galindo and Chris King, bassist Raymond Brown and drummer Andrew Miller in San Marcos, Texas, in 2005. They had met through mutual friends, and played together in various different bands throughout high school before the lineup was finalized by around 2002.


Early iterations of the band featured Galindo on vocals and "sounded like Radiohead", but after recording some tracks they decided the results were "awful" and didn't fit in with the rest of their music. After composing their next song "The World Is Our___", the band decided to write instrumental music instead. Chris King said in an interview with BBC Radio Foyle, "we were ... writing different kinds of songs and we wrote one song, and we were like, that works, let's go for it!"


The band's name originated from a song that was to be called "This Will Destroy You", but this was rejected for being too pretentious. The band found it "hilarious." When asked whether he wished the band had chosen a different name, King said to Rock Sound, "It's supposed to be a little bit obnoxious. There's something about people automatically hating you before you play that's kind of endearing. It gets to the point where it's over-the-top obnoxious. It's an attention-grabber and people will check it out I guess. Even if they hate it."


This Will Destroy You self-recorded and self-produced their first EP, Young Mountain, in 2005. They intended it to be just a demo, and sold it as a CD-R after their concerts. The release was reviewed by a number of critics and was generally praised. The band was contacted by Magic Bullet Records owner Brent Eyestone over the internet and he asked them to contribute a track to his label's It Came From The Hills Vol. 1 compilation. The band sent Eyestone a copy of their demo to thank him, after which he invited them to tour with Sparrows Swarm and Sing. This Will Destroy You then began to work with Magic Bullet on the basis of a verbal agreement; in keeping with the labels DIY attitude, no written contract was ever signed.


In June 2006 Magic Bullet re-packaged and re-released Young Mountain. The band began to gather mentions in more publications, including Pitchfork Media and Rolling Stone. A Sputnikmusic review said, "TWDY's sound is near perfect. Production wise, everything is right where it should be. Tone wise, it doesn't get much better. The quiet parts are tear jerking. The loud parts, while equally tear jerking, are brutal." The EP came in for particular praise from Rock Sound, who called it "an astonishingly beautiful work that promises a bright future"; editor Darren Taylor named it as the best release of 2006.


The writing process for This Will Destroy You, the band's eponymous debut studio album, was initially a slow and fragmented one. The band members were all living in different cities within Texas, due to work and school commitments, and so could only meet irregularly. Chris King said to Rock Sound, " was a struggle; when we did meet up, sometimes the ideas would come flowing, but at others we'd just stand there for the whole time staring at each other." In February 2007 the band began recording with producer John Congleton at a studio in Texas owned by the country music singer Willie Nelson, a process that took several months.


This article uses material from the Wikipedia article "This Will Destroy You", which is released under the Creative Commons Attribution-Share-Alike License 3.0.

This Will Destroy You Tour