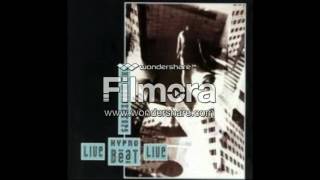 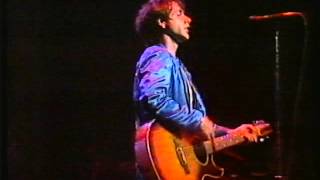 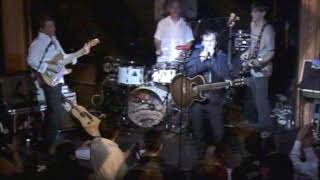 
The Woodentops are a British rock band that enjoyed critical acclaim and moderate popularity in the mid-1980s.


After a debut single, "Plenty" on Food Records in 1984, which received a glowing review from Morrissey in Melody Maker, they signed to the independent label Rough Trade Records, releasing a series of singles in 1985 and their debut album, Giant, in 1986. Generally well received by critics, the album's sound was characterised by acoustic guitars, but also featured accordion, marimba, strings, and trumpet sounds. The album reached No. 35 on the UK Albums Chart. A single from the album, "Good Thing", reached No. 7 on the UK Indie Chart.


The band then became more experimental and frenetic when playing live, using more electronic sounds. This first became apparent as documented on the live album Live Hypno Beat , which was recorded in Los Angeles in 1986. The band also started to become more 'raw' and unpredictable live, becoming one of the most exciting independent groups from the UK, while gaining an early hit on the burgeoning club scene in Ibiza with '"Why".


In 1987, Thompson left to be replaced by Anne Stephenson of The Communards. The more experimental mood continued on the second album Wooden Foot Cops on the Highway, released the following year, which failed to live up to the expectations set by their debut. Most notably, the listeners of Los Angeles radio station KROQ-FM voted their song "Stop This Car" number 15 out of 106 in the KROQ Top 106.7 Countdown of 1988, outperforming many more established acts, and one of the album's standout tracks, "Wheels Turning", became a dancefloor favourite.


The Woodentops continued to play live, touring the world until 1992, and tracks such as "Tainted World" became a regular on New York radio station Kiss FM with DJ Tony Humphries.


This article uses material from the Wikipedia article "The Woodentops", which is released under the Creative Commons Attribution-Share-Alike License 3.0.