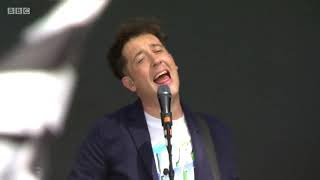 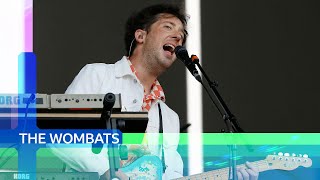 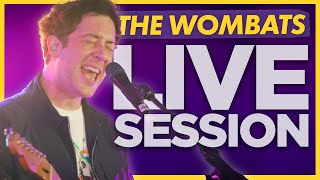 
The Wombats are an English indie rock band formed in Liverpool in 2003. Since its inception, the band's line-up has consisted of Matthew Murphy , Tord Øverland Knudsen , and Dan Haggis . They are an independent band, with distribution licenses signed to AWAL and Warner Music Australia. They have sold over 1 million albums worldwide and their latest album hit number one on the UK Albums Chart.


The group met while they were students at the Liverpool Institute for Performing Arts and released several EPs before their 2006 album Girls, Boys and Marsupials, which was released only in Japan. Their debut studio album, A Guide to Love, Loss & Desperation, was released in 2007 and featured some tracks first released on Girls, Boys and Marsupials. After releasing another EP in 2008 and touring for three years, the band released their second album, This Modern Glitch, in 2011. They released their third album, Glitterbug, in 2015 and their fourth, Beautiful People Will Ruin Your Life, in February 2018. Their fifth album, Fix Yourself, Not the World, was released in January 2022 and reached the number 1 position in the UK Albums Chart on the week of release.


The three band members met in 2003, while they were studying at the Liverpool Institute for Performing Arts; they soon became friends and formed the band. Murphy and Haggis are Liverpool natives , while Tord is from the Norwegian city of Elverum. Over the course of 2004 to 2005, the band released many EPs such as The Hangover Sessions, No.3, and The Daring Adventures of Sgt. Wimbo and His Pet Otter. Their first official release was Lost in the Post, which was issued as a limited edition 7" single on 10 July 2006 on the London-based indie label KIDS Records and came with a distinctive additional second sleeve in the form of a FedEx package. In 2006, the band's first album, Girls, Boys and Marsupials, was released solely in Japan.


In January 2007, the band released a second limited edition 7" on KIDS called Moving to New York , then in May that year they released a third single on KIDS entitled "Backfire at the Disco", which reached No. 35 on the UK Singles Chart. This was followed by the band's first full single after signing to 14th Floor Records, "Kill the Director", in late July. Their debut album, A Guide to Love, Loss & Desperation, coincided with the release of "Let's Dance to Joy Division" in October 2007 and peaked at No. 11 on the UK Albums Chart. It was followed by a European tour ending with a Thanksgiving party at Liverpool Academy.


The band started 2008 as the opening act at the opening ceremony of Liverpool's European Capital of Culture celebrations at Liverpool Arena. The single "Moving to New York" was re-released on 14 January 2008 and reached No. 13 on the UK Singles Chart, becoming their highest charting release to date. At the 2008 NME Awards, the band was awarded "Best Dancefloor Filler" for their single "Let's Dance to Joy Division".


In April 2008, the band put out their first U.S. release on the Bright Antenna label, The Wombats EP. Following this release, the band went on a full UK tour as well as playing dates in Europe and Japan. The band also played for Jo Whiley on BBC Radio 1, covering the Take That song "Patience" and the Postman Pat theme song, which bassist Tord sang in his native Norwegian.


This article uses material from the Wikipedia article "The Wombats", which is released under the Creative Commons Attribution-Share-Alike License 3.0.