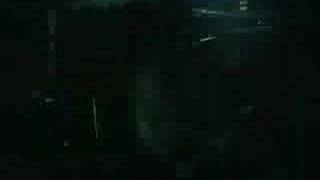 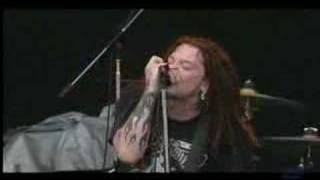 
The Wildhearts are an English rock band, formed in 1989 in Newcastle upon Tyne. The band's sound is a mixture of hard rock and melodic pop music, often described in the music press as combining influences as diverse as The Beatles and 1980s-era Metallica. The Wildhearts achieved several top 20 singles and one top 10 album in Britain, though they also faced difficulties with record companies and many internal problems often relating to recreational drugs and depression. Much of the band's early career was affected by bitter feuds with their record company, East West.


Throughout the band's history, members have regularly been replaced, with the only constant member being the band's founder, singer and guitarist Ginger. Several band members have appeared in the line-up more than once. The band has also been split up or placed on hiatus by Ginger multiple times. In the 2010s, the band convened occasionally for various anniversary tours. A 2018 anniversary tour by the band's 1993 lineup led to a return to the studio. In February 2019 the band released the new single "Dislocated", and their first new album in ten years, Renaissance Men, was released in May 2019.


The Wildhearts formed in late 1989, after Ginger was sacked from the Quireboys. Throughout the band's career, Ginger has written almost all the songs himself.


Initially called the Wild Hearts, the band originally included singers Snake and Dunken F. Mullett , who both joined for short periods. Nine demos were recorded in 1989 and 1990 with Snake singing on four and Dunken on five. These demos remain unreleased and displayed a sound resembling Guns N' Roses, with the Wildhearts sound still to be developed. Some of the demos were produced by Ric Browde and intended for an EP release that never materialized, though these demos are occasionally found on unofficial releases. In March 1991, Ginger reluctantly took over on lead vocals despite his reservations.


In 1992, drummer Bam returned to Dogs D'Amour and was replaced by Stidi . To follow up their first two EPs, the Wildhearts recorded demos for their first full-length album, which were released as Earth vs the Wildhearts without re-recording. The singles "Greetings From Shitsville" and "TV Tan" were underground hits in 1993. Stidi left the band shortly afterwards to be replaced by Ritch Battersby, just in time for the recording of the single "Caffeine Bomb", a UK chart hit at the beginning of 1994, helped by a memorable video in which Ginger appeared to vomit into CJ's face. The band appeared on Top of the Pops with Ginger wearing green welding goggles. The debut album was reissued in late 1994 with "Caffeine Bomb" tacked on as an extra track.


This article uses material from the Wikipedia article "The Wildhearts", which is released under the Creative Commons Attribution-Share-Alike License 3.0.