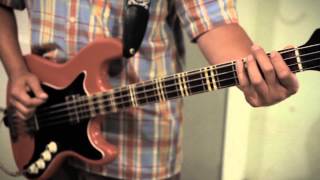 The Wave Pictures - The Woods (Live at Toe Rag) 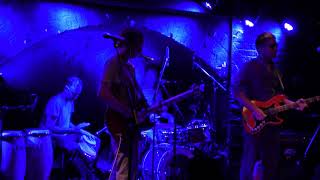 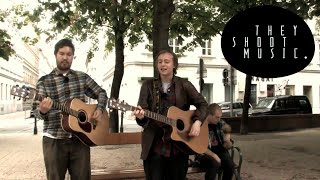 About The Wave Pictures


The band has its origins in a group called Blind Summit, which David and Franic formed with Hugh Noble in Wymeswold, near Loughborough in Leicestershire, in 1998. The band changed its name to the Wave Pictures and Hugh was eventually permanently replaced by Jonny Helm. They recorded and self-released a string of albums before settling in London.


The Guardian has described their work as "charming, witty pop songs shot through with Jonathan Richman's gawky glee and Suede's doomed provincial romanticism... They owe a certain debt to The Smiths, and Tattersall has Morrissey's knack of marrying the ridiculous and the sublime".


The band is closely linked to artists Darren Hayman , Herman Dune, Daniel Johnston, Jeffrey Lewis and the Mountain Goats, all of whom they have collaborated with live and on record.


In 2014, Billy Childish produced, played on and co-wrote most of the songs on Great Big Flamingo Burning Moon.


Their 2016 album, A Season in Hull, was recorded live using a single microphone and released on vinyl only.


This article uses material from the Wikipedia article "The Wave Pictures", which is released under the Creative Commons Attribution-Share-Alike License 3.0.