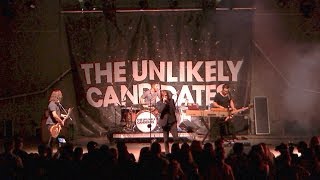 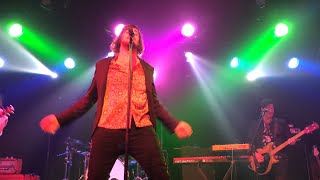 The Unlikely Candidates live in Hawaii 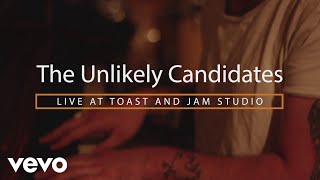 About The Unlikely Candidates

The Unlikely Candidates are an American indie rock band from Keller, Texas, formed in 2008. The band consists of lead vocalist Kyle Morris, lead guitarist Brenton Carney, guitarist Cole Male, drummer Kevin Goddard, and bassist Jared Hornbeek. Their song "Novocaine" topped the Alternative Songs chart and has received over 66 million streams and video views as of July 2021. They were signed with Atlantic Records as of 2013, but switched to Another Century, a smaller label, in October 2016.


The band was formed initially in 2008 by childhood friends Kyle Morris and Cole Male. After uniting in high school, the band immediately separated themselves from the typical musical traditions associated with Texas, and turned up with an alternative style of their own. However it wasn't until 2013 when they released their first music.


In March 2016, the band released an instrumental version of the EP.


According to Kyle Morris, songs like Ringer and Reaction were written in house after being told that the band needed to write songs or else they might have gotten dropped from the label. The band spent a couple of weeks in California, and were partially influenced from West Coast-style rap while working on Bed of Liars. The band has logged countless miles on the road alongside acts such as Young The Giant, The Dirty Heads, Fall Out Boy, and Brick + Mortar.


The band's next EP, Danger to Myself, was released on October 27, 2017. It was led by the single "Celebrate," an alternate version of a song by the Dirty Heads. The EP was re-released on January 12, 2018 to include the song "Oh My Dear Lord." This song eventually became another one of the band's notable hits and has over 13 million worldwide streams. A music video was released for the song in March 2018. Kyle Morris has said that the EP was primarily influenced from life on the road, and his experiences while touring in a band.


This article uses material from the Wikipedia article "The Unlikely Candidates", which is released under the Creative Commons Attribution-Share-Alike License 3.0.