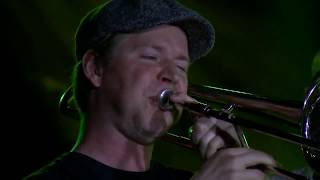 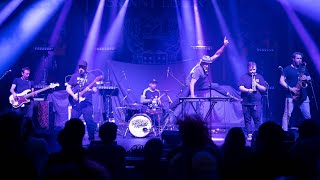 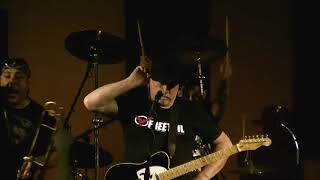 The Toasters are one of the original American second wave of ska bands. Founded in New York City in 1981, the band has released nine studio albums, primarily through Moon Ska Records.


Englishman Robert "Bucket" Hingley relocated to New York City in 1980, where he managed that city's Forbidden Planet comic book store location. Hingley formed the Toasters in 1981 after seeing the Beat perform at the Roseland Ballroom.


The group's first live show was supporting Bad Brains at A7 in 1981. One of the original second-wave ska bands, the early Toasters lineup included other employees of the Forbidden Planet store.


The group self-released their first single, "Beat Up", in 1983. They recorded their Joe Jackson-produced debut EP, Recriminations, in 1985. After failing to find a label to release it, Hingley formed his own label Moon Ska Records.


The group collaborated further with Jackson on later albums and in live shows. Jackson had known Hingley since 1978, and appeared on some Toasters albums under the pseudonym Stanley Turpentine. Then later the group expanded with the addition of a brass section. Their first full-length album, Skaboom!, was released in 1987.


Hingley has been the only constant member in the band. While the band's lineup has seen many changes, regular contributors included Coolie Ranx , Matt Malles , Dave Barry , Johnnathan McCain , Freddie Reiter , Brian Sledge , and both Rick "Chunk" Faulkner and Erick "E-Man" Storckman on trombone.


This article uses material from the Wikipedia article "The Toasters", which is released under the Creative Commons Attribution-Share-Alike License 3.0.