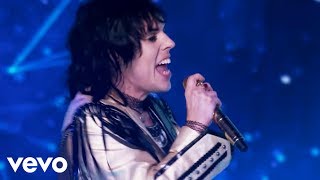 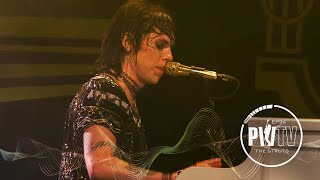 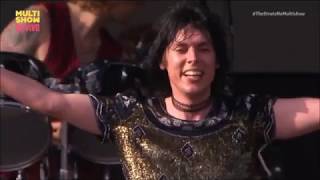 
The band has cited its influences as: Queen, The Darkness, The Rolling Stones, Aerosmith, Def Leppard, The Killers, The Smiths, Oasis, the Libertines, Michael Jackson, The Strokes, The Vaccines and My Chemical Romance.


Singer-songwriter Luke Spiller was raised in Bristol in a Christian family. His exposure to music was mainly limited to gospel music, until the age of seven, when he discovered Michael Jackson's Off the Wall. Inspired by Jackson, his first aspirations were to be a contemporary dancer, but by the age of 11, he was listening to Led Zeppelin, Queen, AC/DC, and Leonard Cohen, and in addition to pretending to be Jackson in front of a mirror, he was imitating Bon Scott and Freddie Mercury. He began playing in bands as a teenager, only starting to sing at age 16.


In 2009, Spiller, then living in Clevedon, met Derby-based guitarist/songwriter Adam Slack, who had also been playing with bands since his teens. At the time, each of their bands were "coming apart," and Slack and Spiller quickly connected musically. Spiller moved to Derby, where he and Slack lived, wrote, and recorded together for nearly three years. They recruited mutual friends Jamie Binns and Rafe Thomas to play bass and drums. In 2012, Binns and Thomas were replaced with bassist Jed Elliott and drummer Gethin Davies, forming the Struts.


The band chose the name the Struts based on an offhand comment made at a rehearsal. Spiller said in a 2015 interview, "I was just moving around and somebody was like, 'you strut around a lot.' From then on, we knew we had a great name. We couldn't believe it hadn't been taken."


The band played frequently throughout the UK. They soon developed a following and released their first single, "I Just Know", in June 2012. Signed by Future Records, they were transferred to Virgin EMI after Future's demise and subsequently put out a four-track EP titled Kiss This, which includes a cover of "Royals" by Lorde.


This article uses material from the Wikipedia article "The Struts", which is released under the Creative Commons Attribution-Share-Alike License 3.0.