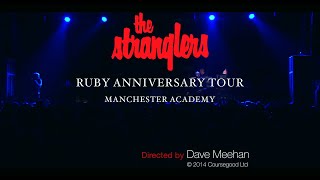 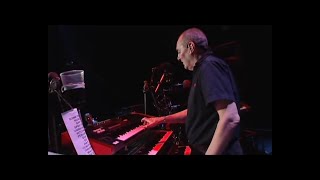 
The Stranglers are an English rock band who emerged via the punk rock scene. Scoring 23 UK Top 40 singles and 19 UK Top 40 albums to date in a career spanning five decades, the Stranglers are one of the longest-surviving bands to have originated in the UK punk scene.


Formed as the Guildford Stranglers in Guildford, Surrey, in early 1974, they originally built a following within the mid-1970s pub rock scene. While their aggressive, no-compromise attitude had them identified by the media with the emerging UK punk rock scene that followed, their idiosyncratic approach rarely followed any single musical genre, and the group went on to explore a variety of musical styles, from new wave, art rock and gothic rock through the sophisti-pop of some of their 1980s output. They had major mainstream success with their 1982 single "Golden Brown". Their other hits include "No More Heroes", "Peaches", "Always the Sun", "Skin Deep" and "Big Thing Coming".


The Stranglers' early sound was driven by Jean-Jacques Burnel's melodic bass, but also gave prominence to Dave Greenfield's keyboards. Their early music was also characterised by the growling vocals and sometimes misanthropic lyrics of both Burnel and Hugh Cornwell. Over time, their output gradually grew more refined and sophisticated. Summing up their contribution to popular music, critic Dave Thompson later wrote: "From bad-mannered yobs to purveyors of supreme pop delicacies, the group was responsible for music that may have been ugly and might have been crude – but it was never, ever boring."


Keyboard player Dave Greenfield died on 3 May 2020 after contracting COVID-19 while receiving treatment for a heart ailment. The remaining band members completed a new album recorded with Greenfield, Dark Matters following his death and confirmed that they would proceed with their "Final Full UK Tour", initially announced in January 2020, in his honour.


Before forming the band, "Jet Black" was in his mid-30s. A successful businessman, Black at one point owned a fleet of ice cream vans, and later ran "The Jackpot", a Guildford off-licence that would serve as the base for the early Stranglers. Black had also been a semi-professional drummer in the late 1950s and early 1960s; after attaining a degree of financial stability due to his business successes, by 1974 he decided to return to drumming, and to assemble a band. The Stranglers came to be an influential band in the British punk and new wave scene of the mid-70s. Black drove the ice cream vans that would serve as the Stranglers' early tour buses.


The group that eventually formed between 1974 and 1975 was originally named the Guildford Stranglers, but they soon dropped the geographical prefix and the name, The Stranglers, was registered as a business on 11 September 1974 by Black. The other original personnel were bass player/vocalist Jean-Jacques Burnel, guitarist/vocalist Hugh Cornwell and keyboardist/guitarist Hans Wärmling, who was replaced by keyboardist Dave Greenfield within a year. None of the band came from the Guildford area apart from Burnel, who was originally from Notting Hill but moved to Godalming during his childhood. Black is from Ilford, Cornwell from Kentish Town and Greenfield from Brighton, while Wärmling came from Gothenburg and returned there after leaving the band.


This article uses material from the Wikipedia article "The Stranglers", which is released under the Creative Commons Attribution-Share-Alike License 3.0.