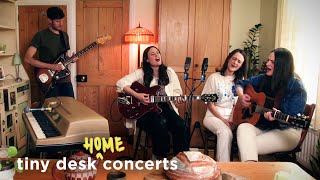 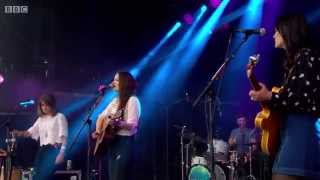 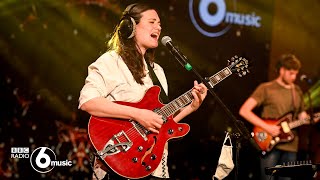 
Crain won 2 NAMMYs in 2009 for Folk Album of the Year and Songwriter of the Year. She also won the Indigenous Music Award for Best Rock Album in 2019. She has had songs featured on 90210, HBO's Hung, and in many independent documentaries and films, including Barking Water and UNRESERVED: The Work of Louie Gong. In 2017 and 2018, she worked with the Peabody Essex Museum in Salem, Mass. to compose and contribute music for the extensive T.C. Cannon exhibit "At the Edge of America." In July 2018, she self-released a collection of sonnets "En Masse: A Collection of 30 Sonnets by Samantha Crain".


Crain was born and raised in Shawnee, Oklahoma and is of Choctaw heritage. She attended Grove School in Shawnee and Dale High School in Dale, Oklahoma. As a child and teenager, Crain competed in powerlifting. Crain taught herself to play guitar and wrote songs based on her short stories the summer before her senior year at Dale High School. Crain began touring when she was 19. Her first tours were either solo or as a duo with Beth Bombara. She then founded Samantha Crain and the Midnight Shivers with Jacob Edwards and Andrew Tanz and toured with this band until 2009.

Crain has lent her voice to recordings for Murder By Death, Parker Millsap, and others. She also appeared on Conan with First Aid Kit for their filmed performance of "Stay Gold".


Crain has self-produced many of her own recordings, but in 2014, produced the debut record of Oklahoma-based country singer-songwriter, Kierston White. The album was recorded at Blackwatch Studios in Norman, Oklahoma. It is entitled "Don't Write Love Songs". Also, in 2015, she produced the album "Thought of You A God" by the Oklahoma-based band, Annie Oakley.


This article uses material from the Wikipedia article "Samantha Crain", which is released under the Creative Commons Attribution-Share-Alike License 3.0.