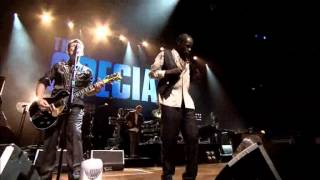 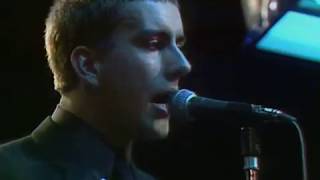 
The Specials, also known as The Special AKA, are an English 2 Tone and ska revival band formed in 1977 in Coventry. After some early changes, the first stable lineup of the group consisted of Terry Hall and Neville Staple on vocals, Lynval Golding and Roddy Radiation on guitars, Horace Panter on bass, Jerry Dammers on keyboards, John Bradbury on drums, and Dick Cuthell and Rico Rodriguez on horns. Their music combines a "danceable ska and rocksteady beat with punk's energy and attitude". Lyrically, they present a "more focused and informed political and social stance".


After seven consecutive UK Top 10 singles between 1979 and 1981, main lead vocalists Hall and Staple, along with guitarist Golding, left to form Fun Boy Three. Continuing as "The Special AKA" , a substantially revised Specials line-up issued new material until 1984, including the top 10 UK hit single "Free Nelson Mandela". After this, founder and songwriter Jerry Dammers dissolved the band and pursued political activism.


The group re-formed in 1993, and have continued to perform and record with varying line-ups, none of them involving Dammers.


The group was formed in 1977 by songwriter/keyboardist Dammers, vocalist Tim Strickland, guitarist/vocalist Lynval Golding, drummer Silverton Hutchinson and bassist Horace Panter . Strickland was replaced by Terry Hall shortly after the band's formation. The band was first called the Automatics, then the Coventry Automatics. Vocalist Neville Staple and guitarist Roddy Byers joined the band the following year; the new line-up changed their name to the Special AKA. Joe Strummer of the Clash had attended one of their concerts, and invited the Special AKA to open for his band in their "On Parole" UK tour. This performance gave the Special AKA a new level of national exposure, and they briefly shared the Clash's management.


The Specials began at the same time as Rock Against Racism, which was first organised in 1978. According to Dammers, anti-racism was intrinsic to the formation of the Specials, in that the band was formed with the goal of integrating black and white people. Many years later Dammers stated that "Music gets political when there are new ideas in music, ...punk was innovative, so was ska, and that was why bands such as the Specials and the Clash could be political".


This article uses material from the Wikipedia article "The Specials", which is released under the Creative Commons Attribution-Share-Alike License 3.0.